The days of Turner Classic Movies in India seem to be over. If rumours of the channel’s exit from the country are true then my regular Sunday dose of old Hollywood classics has come to an end. I have been a loyal TCM fan since Turner Entertainment started broadcasting as TNT in India several years ago.

The largely non-commercial movie channel from the Time-Warner stable discontinued its service a few days ago but so far there has been no official word from TCM.

On September 12, Tata Sky, the direct-to-home television service I subscribe to, flashed this terse message: “TCM channel is no longer available on Tata Sky as the telecast of the channel has been discontinued by the broadcaster.”

If TCM has, indeed, pulled out of India then I can only think of two reasons: financial non-viability and lack of popularity. I’m inclined to think it’s the former more than the latter. I’m sure there is no dearth of TCM fans in the subcontinent.

Nearly a fortnight has passed and I’m still feeling the absence of TCM in my living room. As exaggerated as it may seem, the “closure” of the channel is a culture shock. Where do I watch old black-and-white silent-and-sound classic films now? Movies dating back to the 1920s downward and across key genres like romance, musical, war, comedy, western, thriller, and adventure. Buying an occasional DVD is not the same as being able to watching old films round the clock.

MGM is a poor substitute for TCM but then there is almost nothing in common between the two channels. MGM shows some pretty good movies from the 1960s, 1970s and 1980s but it lacks the class and charisma of TCM.

On Sunday, I sat down to watch a film or two but there was nothing appetising on the films menu. My restless thumb zigzagged over the remote, from Star Movies to HBO, Zee Studio to Sony Pix, AXN to MGM, and WB to Movies Now, the eight English movie channels beamed in India. And what did I get? Let me see… 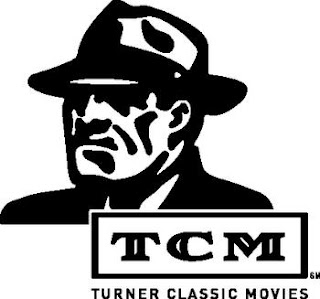 Among the more notable fare, Star Movies telecast Rise of the Planet of the Apes, Night at the Museum: Battle of the Smith, Speed, Terminator 3: Rise of the Machines, Salt, and Home Alone—all reruns of reruns.

HBO was equally predictable with Yogi Bear, Thor (for lunch and dinner), Sky Kids: The Island of the Lost Dreams, Troy, and Lara Croft Tomb Raider: The Cradle of Life.

Zee Studio, a part of the media and entertainment company Zee Group, was none too original either. The channel’s film menu for the day consisted of The Incredible Hulk, the more credible version with Edward Norton as the green goliath, Rambo II & III, Scary Movie 3, and The Sixth Sense.

Sony Pix did better with reruns of Madagascar and Angels and Demons and at least four movies I had never heard of—Underworld: Awakening, Hook, Furry vengeance, and The Eye. I wasn't tempted to watch any.

AXN broadcasts films in between sitcoms and reality shows. Yesterday’s fare included Bicentennial Man and Meet The Fockers. I have seen both and prefer Robin Williams in the former to Ben Stiller and Robert De Niro in the latter or its prequel Meet The Parents. There was no saving grace in the Stiller-De Niro films that I could think of.

MGM showed a few good films most of which I’d seen before, notably Interiors by Woody Allen, The Offence starring Sean Connery, Under Fire with its power-packed cast of Nick Nolte, Ed Harris, Gene Hackman, and Joanna Cassidy, Curse of the Pink Panther with David Niven as the Pink Panther, The French Lieutenant's Woman which proves why Jeremy Irons and Meryl Streep are such fine actors, and Triumph Of The Spirit with Willem Dafoe in a compelling role set during WWII.

WB had only one movie that was worth 120 minutes of your time—Million Dollar Baby—and most of us have already seen it.

Movies Now, owned by Bennett, Coleman and Co. Ltd which publishes The Times of India, vied with Star Movies in the telecast of the reruns, such as, Robocop 2, Marmaduke, Spider-Man 3, Conan the Destroyer, Night at the Museum, Journey to the Centre of the Earth, and Jurassic Park III. If I were held by the scruff of the neck and forced to watch any one of these films, I’d pick Conan; he’s a fictional and comic-book character I like, a role that fit the  6' 2" Arnold Schwarzenegger like armour. The bunch of oddball characters, including the 7' 1" Bombaata (the late Wilt Chamberlain) and the 5' 10½" Zula (Grace Jones), made this film an enjoyable fare. A tall film by any measure.

For some reason TCM India continues to show its schedule on its website. Here’s what I might have watched on Sunday had the channel still been around…

Now compare these films with the ones broadcast by the eight English movie channels and you’ll know why my Sundays are never going to be the same again. I’m hoping Turner Classic Movies does a Turneround, hopefully, by this Sunday.
Written by Prashant C. Trikannad at 01:22:00