Comics to cinema: journey of the superhero

These are the initial six superheroes from the DC and Marvel stables whose transformation from their first comic book appearance decades ago (covers on the left) to their big screen debut decades later (posters on the right) has left readers and viewers asking for more.

The box office craze for superhero movies started with Richard Donner’s Superman in 1978 where the late Christopher Reeve played ‘The Man of Steel’ to perfection. He was equally convincing as Superman in the three sequels that followed even though the storylines did not match up to his super feats. Brandon Routh acted well in Superman Returns in 2006 but was nowhere close to Reeve’s portrayal of Clark Kent/Superman—a role that began and ended with Reeve. R.I.P.

Ditto for Batman, though I prefer Val Kilmer as ‘The Caped Crusader’ in Joel Schumacher’s 1995-released Batman Forever over Michael Keaton in Tim Burton’s 1989 film Batman. If you have read Batman comics, you will easily pick Kilmer as Bruce Wayne/Batman over Keaton and the two other contenders, George Clooney (Batman & Robin, 1997) and Christian Bale (Batman Begins, 2005, and The Dark Knight, 2008). Bale comes a distant second.

Tobey Maguire just doesn’t become Peter Parker in the Spider-Man film series directed by Sam Raimi in 2002, 2004 and 2007. His portrayal of ‘The Amazing Spider-Man’ was as weak as Keaton’s Batman. They are both okay as long as they are both wearing their masks. Don’t ask me why.

The one-film Daredevil starring Ben Affleck who plays the suave Matt Murdock, the blind lawyer by day and masked vigilante by night, was directed by Mark Steven Johnson and released in 2003. The role of ‘The Man Without Fear’ suited Affleck but then he has no competitors. The first half-hour of the film, where a young Murdock who lives with his father, boxer Jack Murdock, in the Hell's Kitchen neighbourhood of New York City and is blinded by a radioactive substance, is worth every rupee spent on popcorn.

Director Ang Lee turned ‘The Incredible Hulk’ into an animated cartoon character in The Hulk released in 2003. Fortunately, Louis Leterrier, who directed The Incredible Hulk (2008) with seasoned actor Edward Norton in the lead, salvaged the character of the green giant and did justice to “Hulk is the strongest there is…” I thought Eric Bana was a trifle more convincing as Dr. Bruce Banner and his alter-ego The Hulk in the Lee film than Ed Norton. This one’s still open to debate, though.

Iron Man, the latest in the superhero sextet, is hugely entertaining, both for its super visuals and sounds as well as the super performance by Robert Downey Jr. You might not agree with the choice of the swashbuckling RDJ as Anthony Edward Stark or The Invincible Iron Man in the two versions directed by Jon Favreau and released in 2008 and 2010, but you got to admit, however grudgingly, that he does justice to the armoured man’s role. More power to Iron Man’s heart!
Written by Prashant C. Trikannad at 04:31:00 No comments:

King Anand reigns over the chess board 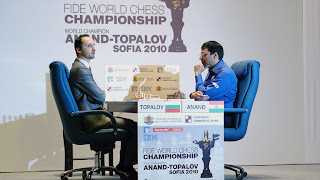 Viswanathan Anand of India did his country proud by retaining the world chess championship on May 13, 2010. He defeated challenger and former world champion Veselin Topalov in a tight 12-game contest held in Sofia, Bulgaria.

Anand, who hails from Chennai, the capital city of the southern state of Tamil Nadu, sealed his fourth title win with a 6.5-5.5 score over Topalov of Bulgaria.

"It is certainly the toughest match I have ever played. I can't recall another experience like this," the Indian press quoted Anand as saying. 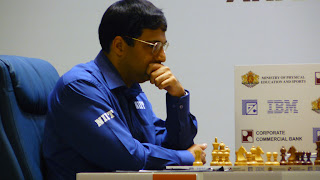 The 40-year old Indian grandmaster had won the world championship in Tehran in 2000 under the knockout system and held the title until 2002. In 2007, he reclaimed the throne by winning the double round-robin world championship tournament in Mexico. He successfully defended the title in the match against Russia’s Vladimir Kramnik which was held in Bonn, Germany, in 2008.
The Anand-Topalov match, organised under the aegis of FIDE, the world chess federation, carried total prize money of €2,000,000.
Over the past two decades, Anand has been singularly responsible for sustaining—and creating new—interest in the game of chess among youngsters all over India.

In the days and weeks immediately following the December 13, 2001, terrorist attack on the Indian Parliament building, New Delhi nearly went to war with terror sponsor Pakistan. Hundreds and thousands of soldiers were amassed on either side of the 3,323 km (over 1,000 miles) India-Pakistan border. The people of India were convinced that their “iron willed” Prime Minister, Atal Behari Vajpayee of the Bharatiya Janata Party, would take the battle right into Pakistani territory to teach Islamabad a strong lesson and destroy its state-backed terror apparatus. Nothing of the kind happened. 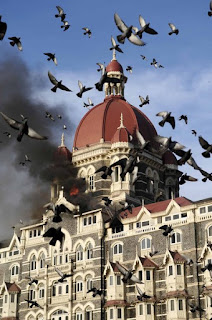 As the United Nations called for restraint by both sides, the West, led by America, arm-twisted the ruling BJP-led National Democratic Alliance government into backing off, after months of military standoff. By October 2002, the war clouds had pretty much disappeared.

Seven years later, on the night of November 26, 2008, ten gunmen from Pakistan attacked the heart of Bombay and left hundreds dead and wounded. Nine of the terrorists were gunned down. The tenth, Ajmal Amir Kasab, was caught alive and, two years later, sentenced to death.
Since that fateful night, one question has continued to trouble Indians everywhere: would 26/11 have happened at all if India had gone to war with Pakistan in 2001? Many people think not.

The idea of war with Pakistan—to once and for all end Islamabad’s 60 years of mischief—is both appealing and appalling. The latter because you have to think at least twice before going to war with a nuclear-armed, trigger-happy, back-to-the-wall country that appears to be run by both politicians in Islamabad and terrorists in Waziristan.

Still, the cry for an armed conflict with Pakistan is not without some logic. That is, if you look at it in the context of what America did soon after 9/11—going after the perpetrators in distant Iraq and Afghanistan. Or Israel, which, in spite of being surrounded by hostile Arab neighbours and several thousand square kilometres smaller than India’s tiny southern state of Kerala, regularly bombs Palestinian territory without so much as a blink of the eye.

But then, the United States is a superpower, India is not even a full-scale regional power yet. On the other hand, Israel is dealing with a far less powerful ‘enemy’ than India and it has the backing of Washington to do what it likes with the Palestinians. The thing is that if you put Israel in India’s place, Tel Aviv's response to repeated acts of terror would have been much the same: bomb them.

If Prime Minister Vajpayee decided against war with Pakistan after 13/12, Prime Minister Singh felt the same way post-26/11. Both men knew the gravity and consequence of a war that neither country might have won decisively. Both had calculated the huge costs of war and its impact on India’s booming economy. Both were probably unsure of international support, mainly from the US, China, EU and Japan. And both were aware of the serious implications of an exodus of Pakistani refugees into Indian territory.

So if not war, then what? Did the two wise men have other credible options, apart from imploring the global community, to bring Islamabad to heel on its sponsorship of terrorism?

They did but almost none were tried. Mainly, declare Pakistan as a rogue and terrorist state; freeze diplomatic relations with Pakistan; recall India’s envoy to Islamabad and send back Pakistan’s envoy to New Delhi; possibly, destroy the terror camps in a limited conflict; censure Pakistan in every international forum; halt all peace talks indefinitely (at least this happened after both the attacks); harden our stance on Kashmir; seek Pakistan’s suspension from SAARC and ASEAN; sever trade and economic ties, including import and export of all goods and services, except medical and humanitarian aid; stop giving visas to politicians and businessmen from across the border; and ban cricket and other sporting ties with Pakistan (yes, that too).

While these measures would have pinched India, they would have most certainly hurt Pakistan. The question is: why didn’t India exercise these options soon after the Parliament and Bombay attacks? With a full-scale war no longer a viable option, why did the Vajpayee and Singh governments not challenge Pakistan through diplomatic, political and economic means? Indian citizens, who are sitting ducks for terrorists even now, have a right to know why.
Written by Prashant C. Trikannad at 12:35:00 No comments: