A life beyond blogging

It is 10 days since I put out the “no blogging” sign and it might well be another week or 10 days before I decide to return to active blogging. I am enjoying my freedom. The dental work is not yet fully complete though I can chew from both sides of the mouth. It is nice to be able to do that again, feels like a rebirth. I still need to recharge my batteries some more. I am working on it, by meditating and staying positive as is humanly possible, listening to music, keeping away from the computer after office, watching a little television and an occasional movie, having an early dinner and going for a walk, reading a page or two from a book every night, and turning in early. 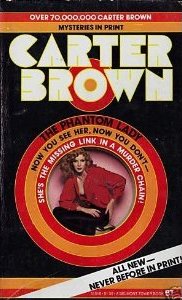 Speaking of books, I am still reading the three books I was reading last month and I have now added The Phantom Lady by Carter Brown to the lot. At this point I still don’t know which book I am going to finish first. My reading of books has taken a backseat but as long as I enjoy doing what I am doing I don’t mind. I have allowed books to hold me to ransom for long and it’s time to call a page a page. The books always win.

I also revived my interest in short stories during this period. They are easier to read. You read two or three stories consecutively and you, indeed, feel like you have put a novel out of the way. The flavour of the week has been P.G. Wodehouse beginning with The Man Upstairs and Other Stories—something to smile and laugh about—and a few stories by Rex Stout whose mystery novels I am guilty of having never read. I read these during the office lunch break though I can read them any time from 10 am to 6 pm, between writing a news report and editing copy and “doing” the pages. Journalism comes with a lot of incidental perks. 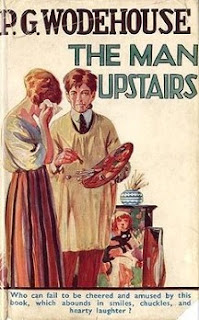 I also watched Jack the Giant Slayer in the theatre. The family had the knives out for dragging them to watch this ridiculous film where Bill Nighy looked equally ridiculous as the near two-faced giant chief and where the talented Stanley Tucci tried hard to resurrect his flagging career as the evil-minded royal advisor and betrayer. I think his character died before interval, I don’t remember. The original plan was to see Zero Dark Thirty, hence the knives.

On television, I watched Crimson Tide (for the third time) because I liked the standoff between Gene Hackman and Denzel Washington, inside a US nuclear submarine under water; Wrath of the Titans which had most of the Greek gods pouring out of it, starring Liam Neeson as Zeus, Ralph Fiennes as Hades, Sam Worthington as Perseus, Bill Nighy as Hephaestus, and Rosamund Pike as Andromeda; Enchanted, a rather silly fairy tale with Susan Sarandon, Patrick Dempsey, Amy Adams, Timothy Spall, and James Marsden also trying, in vain, to revive their careers; Unstoppable, a runaway train with Denzel Washington and Chris Pine on board; and Ratatouille, the most beautiful animated film I have seen this century. It’s also probably the best culinary film in many decades, not that I remember seeing many, though Chocolat starring Juliette Binoche, Alfred Molina, Judi Dench, and Johnny Depp was an excellent film. 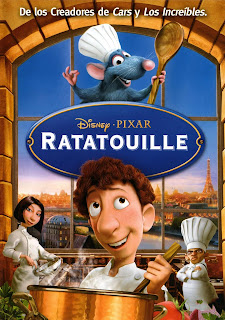 Until now it’s been easy to hammer out 564 words and saying little of substance. I will make up for the inanity by leaving you with some of the finest lines I have heard in an animated movie, intoned by Anton Ego (Peter O’Toole), the terrifying food critic in Ratatouille. It’s also a fine piece of writing. Check it out.

"In many ways, the work of a critic is easy. We risk very little, yet enjoy a position over those who offer up their work and their selves to our judgment. We thrive on negative criticism, which is fun to write and to read. But the bitter truth we critics must face, is that in the grand scheme of things, the average piece of junk is probably more meaningful than our criticism designating it so. But there are times when a critic truly risks something, and that is in the discovery and defence of the "new". The world is often unkind to new talent, new creations. The new needs friends. Last night, I experienced something new: an extraordinary meal from a singularly unexpected source. To say that both the meal and its maker have challenged my preconceptions about fine cooking is a gross understatement. They have rocked me to my core. In the past, I have made no secret of my disdain for Chef Gusteau's famous motto, "Anyone can cook." But I realise, only now do I truly understand what he meant. Not everyone can become a great artist; but a great artist "can" come from "anywhere". It is difficult to imagine more humble origins than those of the genius now cooking at Gusteau's, who is, in this critic's opinion, nothing less than the finest chef in France. I will be returning to Gusteau's soon, hungry for more." 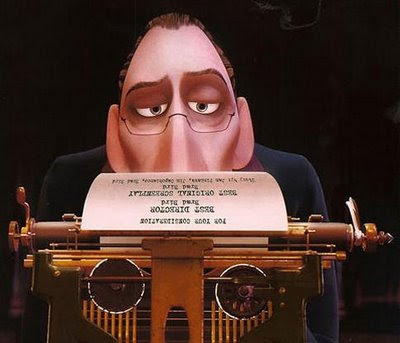 I won't be blogging for a few days owing to a protracted dental treatment and the need to recharge my batteries. However, I will be visiting blogs and leaving comments as often as I can. And I will be back before you know it.
Written by Prashant C. Trikannad at 03:57:00 20 comments: