The novels of Jack Higgins

A brief post on the work of my favourite author for Friday’s Forgotten Books over at Patti Abbott’s blog Pattinase.

A couple of days ago, I visited my favourite book haunt in the suburb where I live and found, not to my surprise, a whole new pile of secondhand paperbacks. I bought two novels by my favourite author Jack Higgins (Harry Patterson) for Rs.25 each, less than 50 cents. I have read more than half of Higgins’ books and as some of my blog friends will concur, his earliest novels, up to The Eagle Has Landed (1975), are his best. Thereafter, the quality of his work has somewhat declined, though I still enjoy reading his mild thrillers.

I like the way Jack Higgins tells his stories — the style is clean and uncomplicated, and conversational; there is minimum description of people and places; the heroes are usually mercenaries with a heart of gold, and quite endearing; and the plots are simplistic but not unbelievable. He often makes covert operations look ridiculously easy; where the guardians of justice often get in and out of unlikely places and extreme situations without so much as a scratch. In The White House Connection, for instance, Sean Dillon, one of his most popular characters, walks into the White House as if he were entering his own home. Some of the heroes are reformed IRA hitmen and work for British Intelligence as nameless operatives.

What I like about his battle-scarred heroes is the way he romanticises them — I’d describe them as poets with a gun in their hand.

These were the two titles I added to my collection of Jack Higgins.

The Lost Temple of Sheba is not just a biblical legend. A German archaeologist has found it. The Nazis have claimed it. And one American explorer has stumbled upon their secret — a plot that could change the course of World War II.

The year is 1939. An American archaeologist named Gavin Kane is asked to help a woman search for her missing husband.When Kane follows the man's trail into the ruthless desert of Southern Arabia he makes two shocking discoveries. One is the legendary Temple of Sheba, an ancient world as fantastic as King Solomon's Mines. The other is a band of Nazi soldiers who plan to turn the sacred landmark into Hitler's secret stronghold…
— HarperCollins

“Twenty years after his affair with a beautiful Frenchwoman in Vietnam, Jake Cazalet finds out he has a daughter. He must keep it a secret—but years later, when he is President of the United States, someone discovers the truth. And when his only child is kidnapped by a terrorist group, he must count on British operative Sean Dillon and FBI agent Blake Johnson to find her.”
— Amazon
Written by Prashant C. Trikannad at 05:34:00 24 comments:

The mystery of the forgotten women authors

Over the years I have come across dozens of women authors of crime, detective-mystery, and suspense on the internet and I confess to having read very few of them. Below are the covers of seven paperbacks written by female writers who, I assume, were (and are) noted for their craft. I didn't know about them, let alone read their books. I just happened to find them online. Looking up 20th century authors is a pastime. Have you read their books? 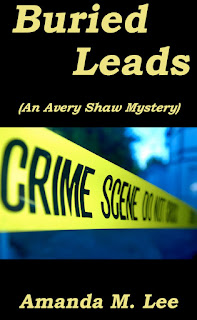 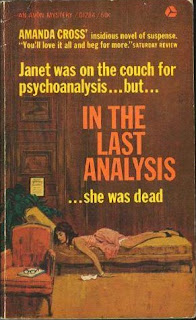 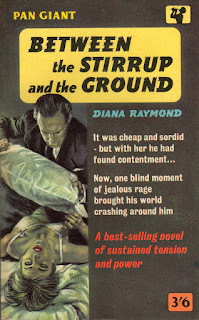 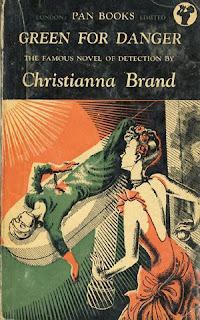 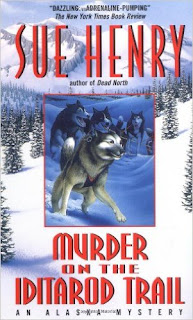 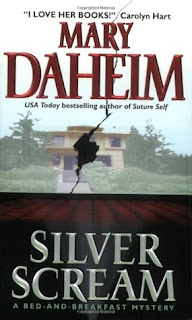 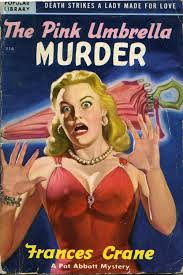 The conflicts in Afghanistan and Iraq escalated ever since the Soviet Union invaded the first in 1979 and America went to war with the second in 1990. The Soviet occupation of Afghanistan and Saddam Hussein’s intrusion of Kuwait, which led to Operation Desert Shield, deepened the turmoil in the two volatile regions. Since then, both countries have spiralled out of control. The proxy wars waged by terrorists against the West culminated in 9/11 and provoked America into bombing its way back into the conflict zones. 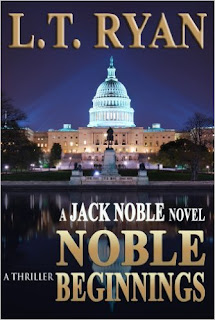 Noble Beginnings, the first thriller in the Jack Noble series by L.T. Ryan, is set in the backdrop of America's heightened involvement in Afghanistan and Iraq, which was sufficient reason for me to accept the free offer of the 222-page Kindle edition and read it in three sittings. I have a keen interest in war and espionage, both real and fictional.

Although the premise looked promising, I was disappointed with the story. It wasn't gripping, as the cover and the description hinted, and it wasn't very well-written, as I thought it would be. It was too long and meandering, and there were mistakes in the narrative. I got the impression that it wasn't read through and edited thoroughly.

Might the plot be the saving grace? Not really. I felt the writer lost the plot as soon as he returned the two marines, Jack Noble and his friend Bear, back to the US.

Noble and Bear are on loan to the CIA in Iraq where their expertise as highly trained US marines is wasted. They are made to stand guard when special agents conduct secret operations. After one special op, Noble and Bear are framed for the murder of an Iraqi family they tried to save.

Back in America, the fearless marines are constantly on the run from mysterious agents who want to silence them. In their defence Nobel and Bear are forced to kill some of their pursuers. The two friends realise they are victims of a conspiracy when the colonel, whom they trained under and trust, and a highly-placed government official end up dead.

Who in the US government is after them? Who is imprisoning and killing fellow marines who took part in the ‘programme’ in Iraq? Does someone want to shut down the ‘programme’ because it has been compromised or is somebody high up in the government trying to hide something more sinister?

Jack Noble is desperate for some answers. Does he find them in A Deadly Distance, the second book, or others in the series? I'm not too eager to find out.

The plot of Noble Beginnings would have been convincing, had it been more realistic, in light of what happened in Iraq—Abu Ghraib, for instance, where US soldiers and CIA agents are believed to have tortured Iraqi prisoners. It was also a poor effort at introducing Noble whose character, I thought, lacked conviction.

This is the second thriller I read in recent weeks where the lead characters are either on the run or giving chase for far too long, without seeming to get anywhere.

L.T. Ryan is a writer of suspense thrillers and post-apocalyptic fiction.
Written by Prashant C. Trikannad at 11:45:00 7 comments:

All quiet on the reading front

The last three months have been quiet. I could almost hear pins drop as I struggled with my reading, writing, and blogging. The transition from my old job as editor to my new job as content writer has been easy but somehow I haven’t been able to get back to my pre-May routine with books and blogs.

I think, somewhere in my head there is a mental block that’s feeding the reader’s and writer’s block as well. The thing is men don’t adapt to change as well as women do and it’s possible I still haven’t, at least subconsciously, though I'm quite happy with my new work profile and environment. I just don’t get enough time to read or write during the week.

I have been reading some books, no more than two or three a month and a couple of short stories. I’ll be reviewing a few of these eventually. I read 10-15 pages a day, sometimes less. My fiction writing is a work in progress. I hope to have something ready, and likely e-published, before Christmas.

I have also been watching some good films, including reruns, over the past couple of months — Chef, Patch Adams, The Shawshank Redemption, Last Vegas, The Bucket List, The Talented Mr. Ripley, The Sound of Music, Frozen, Dallas Buyers Club, Abraham Lincoln: Vampire Hunter, Gone Girl, Notting Hill, Sweet November, and Argo, to recall names off the top of my head. I mostly watch films the family is already watching.

One of the English channels is beaming The Flash series. I saw a couple of episodes and I thought the production was slick. I haven’t read Flash comics in several years. Comics, now there’s another joy I have been missing. This month, we intend to catch the final season of Downton Abbey to see what fate awaits the Grantham family. We were hooked to the previous five seasons.

I continue to post my two bits on Facebook. It has helped me connect with long-lost family and friends in my own city, in my own country. Of course, it’s one of the great illusions of Fb—you think you are getting in touch with someone, somewhere, when in effect you’re getting nowhere. It’s fun and an ego-kick depending on what you are posting.

Sometimes, I think it’s wise to slow down, step back, and start all over again—a few pages to go, one book at a time, and occasional posts. I'm hoping things will get better this month onward. I miss connecting with my blog friends.
Written by Prashant C. Trikannad at 11:18:00 26 comments: