A couple of comedies for this Tuesday's edition of Overlooked/Forgotten Films and Television at Todd Mason’s blog Sweet Freedom. Don't forget to check out the other fascinating reviews over there.

What is it about some films that make you want to see them again and again (assuming you do watch a film more than once)?

What usually inspires me to watch a film twice, maybe more than twice, is the entertainment value, the family quotient, good humour, great music, familiar cast, sound performance, a terrific script…you can toss and turn the order if you like. Mrs. Doubtfire scores on all seven fronts. 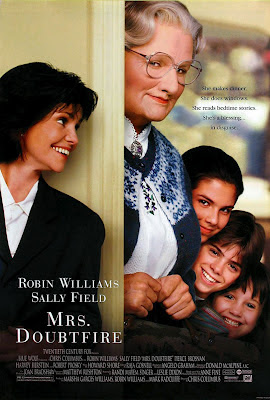 Now Robin Williams is a damned good actor and yet I don’t like him in some of his films because he clearly overdoes the acting bit. He’s loud and all over the place. What do you expect? He’s a comedian! Yes, I know. Maybe that’s why I like him more in Patch Adams, Dead Poets Society, Good Will Hunting, The Final Cut, Jack…and even Bicentennial Man. I mean we’re not talking Jumanji here, are we? (That one’s for kids…I saw it seven times.)

Assuming you haven’t seen the second, Mike Nichols, who made The Graduate (1967) and Charlie Wilson’s War (2007), has done the world of film entertainment and film goers a big favour by bringing Robin Williams, a fun-loving gay cabaret owner, and Gene Hackman, a senator with serious political aspirations, together, in a film that will have you holding your sides. The ebullient Williams and the deadpan Hackman are a rare treat as is the incorrigible Nathan Lane who makes every drag queen proud with his…her….his…well-disguised performance. Actors Dianne Wiest, Dan Futterman, Calista Flockhart and Christine Baranski add value to this delightful comedy for the entire family. 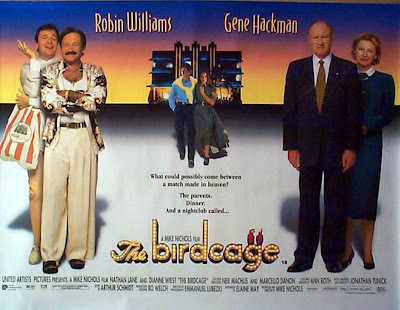 We owe Mike Nichols for making The Birdcage, one of the funniest movies of the 1990s. There, I have put my head on the block.

In Mrs. Doubtfire, Robin Williams gives “versatility” a new meaning as the old Chris Columbus hand effortlessly transforms from Daniel Hillard, the just-divorced doting father of three, to Mrs. Doubtfire, the perfect housekeeper to “her” kids—with hilarious consequences. Now you don’t need visitation rights to be with your own kids, do you? All you need is acting skill, a bloody good disguise, a little sophistication, and some funny lines.

Did you know her first name is Euphegenia? Mrs. Euphegenia Doubtfire…I didn’t catch that even on the eleventh run.

Daniel’s wife Miranda (Sally Field), who struggles to look and sound angry at her out-of-work husband, has a fling with the dashing Stu Denmeyer (Pierce Brosnan) in a passable attempt to get on with her life. Of Brosnan it must be said, here is a gent who can carry humour on his broad shoulders. In the end Daniel wins back his kids, shows Stu the door (in the middle of a family dinner in a restaurant) and proves he is not the loser Miranda thinks he is.

A Robin Williams film can only have a good ending and Mrs. Doubtfire nearly does, albeit with a liberal dose of advice for families that break up. As Mrs. Doubtfire says, “If there's love, dear... those are the ties that bind, and you'll have a family in your heart, forever.”

Highly recommended, if you’ve overlooked or forgotten the film, though I doubt you have. 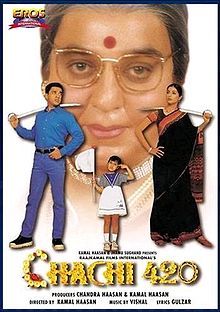 While we are on about Mrs. Doubtfire, did you know Bollywood, the land of remakes, came out with a successful Hindi version of the film called Chachi 420 (Aunty 420 or The Trickster Aunt)? Seasoned actor-director Kamal Hassan directed himself in this 1997 film. 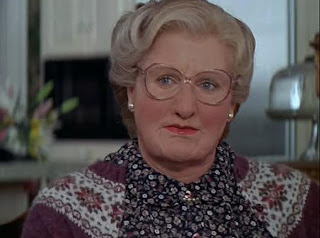 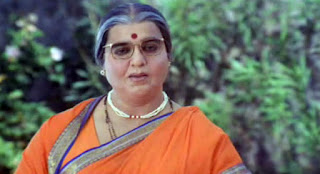