Stamp of a Statesman: Abraham Lincoln 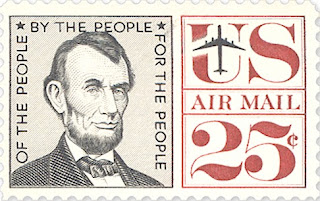 "The things I want to know are in books; my best friend is the man who'll get me a book I ain't read."

"If I were to try to read, much less answer, all the attacks made on me, this shop might as well be closed for any other business. I do the very best I know how — the very best I can; and I mean to keep doing so until the end. If the end brings me out all right, what's said against me won't amount to anything. If the end brings me out wrong, ten angels swearing I was right would make no difference."

"Books serve to show a man that those original thoughts of his aren't very new at all."

"Some of Shakespeare's plays I have never read; while others I have gone over perhaps as frequently as any unprofessional reader. Among the latter are Lear, Richard III, Henry VIII, Hamlet and especially Macbeth. I think nothing equals Macbeth. It is wonderful. Unlike you gentlemen of the profession, I think the soliloquy in Hamlet commencing "Oh my offense is rank" surpasses that commencing, "To be or not to be." But pardon this small attempt at criticism."

"'Tis better to be silent and be thought a fool, than to speak and remove all doubt." 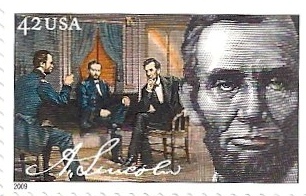 "Writing, the art of communicating thoughts to the mind through the eye, is the great invention of the world...enabling us to converse with the dead, the absent, and the unborn, at all distances of time and space."

"...when I came of age I did not know much — Still somehow, I could read, write, and cipher to the Rule of Three, but that was all — I have not been to school since — The little advance I now have upon this store of education, I have picked up from time to time under the pressure of necessity...." 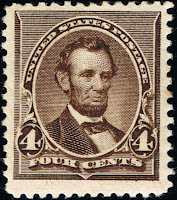 "In regard to this great book (the Bible), I have but to say it is the best gift God has given to man. All the good the Savior gave to the world was communicated through this Book. But for it we could not know right from wrong. All things most desirable for man's welfare, here and hereafter, are found portrayed in it." [Apparently, Lincoln could quote parts of the Bible, but his favorite book was believed to be Psalms and his favorite poem was Mortality by William Knox.]

"With the fearful strain that is on me night and day, if I did not laugh I should die." 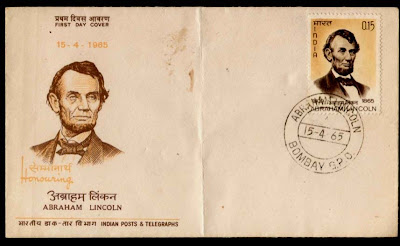