...ought to be a fairly decent post for Friday’s Forgotten Books meme normally hosted by Patti Abbott at her blog Pattinase and hosted by the very considerate Todd Mason this week. Don’t forget to read about the many forgotten books over at his blog Sweet Freedom.

I have been preoccupied with urgent personal work, hence I don't have the time for a regular book review. Since I don't want to miss FFB entirely, I have put together a few covers of books written by some of my favourite authors, books I have been on the lookout for in new and secondhand bookstores in Bombay, in vain so far. Maybe, I haven’t looked in the right places. Hopefully, I’ll have better luck online.

How many of these vintage books have you read? I have read just one. 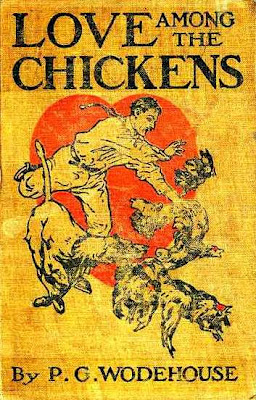 P.G. Wodehouse, of whom Evelyn Waugh once said “He has made a world for us to live and delight in,” published Love Among the Chickens in June 1906. He serialised it in Circle magazine, New York, during 1908 and 1909 before launching the US edition of the book in May 1909. The narrator of the novel is Jeremy Garnet, a writer and old friend of Stanley Featherstonehaugh Ukridge, a recurring character in Wodehouse’s stories. Garnet regales us with his adventures on Ukridge’s chicken farm in Dorset, England. 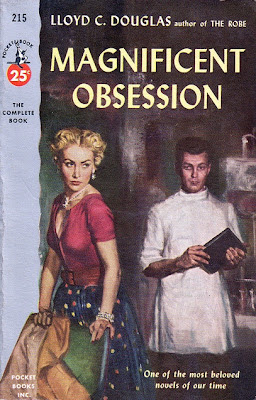 Lloyd C. Douglas, a minister and author, built a great career out of writing about religious and historical fiction. His most famous work is The Robe (1942) in which a Roman tribune recounts his personal and emotional experience of the Crucifixion and its aftermath. Published in 1929, Magnificent Obsession is the story of two men who dedicate their lives to helping people. Both these novels were made into blockbusters. 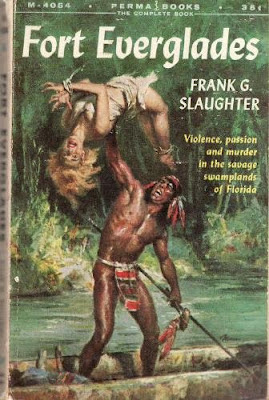 Frank G. Slaughter, American author and physician, was one of the finest writers of the last century. The Thorn of Arimathea remains my favourite book by Slaughter who, I suspect, was influenced by the work of Lloyd C. Douglas. I still have to read many of Slaughter’s novels including Fort Everglades (1951) which tells the story of a bloody struggle between a White and a Red in the wild swamplands of Florida in 1840. 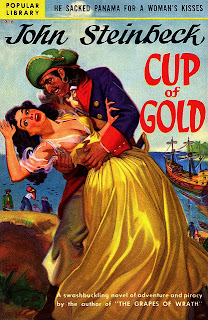 John Steinbeck’s first novel, published in 1929, is about legendary pirate Henry Morgan’s obsession with a beautiful woman and the conquest of Panama — the Cup of Gold. The American writer’s only historical novel is described as “a lush, lyrical fantasy.” 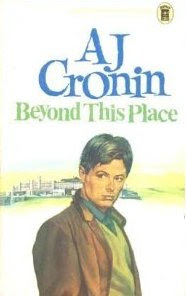 A.J. Cronin, the Scottish physician and author, is renowned for The Citadel and Hatter’s Castle though he wrote several memorable books including The Keys of the Kingdom, The Green Years and The Spanish Gardener, the last reviewed here. My own favourite has always been Beyond This Place (1953), a book I read in college. It’s about a young man who sets out to prove his father innocent of a murder conviction. You will see little shades of this story in John Grisham’s The Chamber. Strangely, I never came across the novel after I read it the first time.

Now if I could mention one more forgotten author here, it would be Nevil Shute, the British-Australian author and aeronautical engineer, who has written sagas about wars and Australia, many in the backdrop of aviation. I reviewed Shute's Beyond the Black Stump here.
Written by Prashant C. Trikannad at 12:48:00