The Haunted Hour: An Anthology
by Margaret Widdemer (1920)

This book review is offered as part of Friday’s Forgotten Books meme over at Patti Abbott’s blog Pattinase. Hop over and check out the eclectic mix of reviews by other bloggers. It will be worth your while. 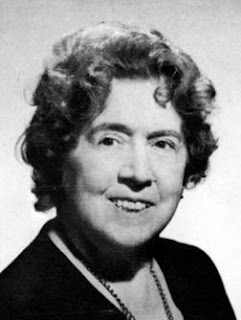 While I read poetry whenever I am in the mood for it, I have never read ghostly poetry, at least not in an anthology of poems and verses by more than sixty poets.

The Haunted Hour: An Anthology edited by Margaret Widdemer, the American poet and novelist (1884–1978), is a compilation of some very imaginative ghost-poems that are divided into eleven categories — The Nicht Atween the Sancts an' Souls, All the Little Sighing Souls, Shadowy Heroes, Rank on Rank of Ghostly Soldiers, Sea Ghosts, Cheerful Spirits, Haunted Places, You Know the Old, While I Know the New, My Love That Was So True, Shapes of Doom, and Legends and Ballads of the Dead.

Bret Harte, whom I know to be a writer and not a poet (my ignorance), chips in with A Newport Romance, a rather longish but quite an enjoyable poem.

Then there are six poems by Theodosia Garrison, American poet and author, whose poem The Neighbours I liked very much. It goes...

At first cock-crow
The ghosts must go
Back to their quiet graves below. 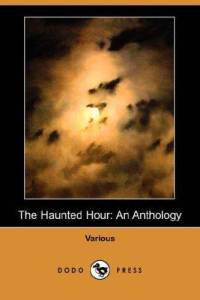 I have read Garrison's poetry before but not her prose. More than anything else, I remember Garrison for her very quotable quote — "The hardest habit of all to break is the terrible habit of happiness." Never break that habit.

A few more poets ring a distant bell and I might have read their poems in passing. Nevertheless, I enjoyed reading their long and short verses, at least the ones I could comprehend. It’s not always easy to understand poetry.

Coming back to Margaret Widdemer, there isn't a lot about her on the internet. According to Wikipedia, in 1919, she won the Columbia University Prize for Poetry (now the Pulitzer Prize) for her collection The Old Road to Paradise (1918), a prize she shared with Carl Sandburg, fellow writer, editor and poet, for his collection of poems titled Corn Huskers.

Widdemer established her credentials as a poet with her first poem The Factories (1917) that looked at the sensitive issue of child labour. In her memoir Golden Years I Had (1964), she recounts her friendships with Ezra Pound, F. Scott Fitzgerald, T.S. Eliot, Thornton Wilder, and Edna St. Vincent Millay. Her essay Message and Middlebrow, published in Review of Literature in 1933, apparently popularised the term "middlebrow" which means "Someone who is neither a highbrow nor a lowbrow."

Margaret Widdemer, who lived until 94, was a prolific writer as is evident from her forty novels that included The Rose-Garden Husband and Why Not?, nine poetry collections, nine children's fiction, two books on writing titled Do You Want to Write? and Basic Principles of Fiction Writing, and three memoirs, namely Golden Friends I Had, Summers at the Colony, and Jessie Rittenhouse: A Centenary Memoir-Anthology. 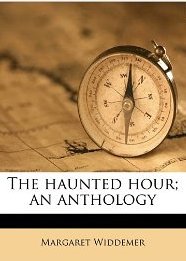 I am no critic of poetry. I only enjoy reading poems. The purpose of writing about this (forgotten) book is to bring it to the reader's notice. I will, therefore, leave you with Margaret Widdemer’s brief preface to The Haunted Hour: An Anthology. It reads as follows...

“This does not attempt to be an inclusive anthology. The ghostly poetry of the late war alone would have made a book as large as this; and an inclusive scheme would have ended as a six-volume Encyclopedia of Ghostly Verse. I hope that this may be called for some day. The present book has been held to the conventional limits of the type of small anthology which may be read without weariness (I hope) by the exclusion not only of many long and dreary ghost-poems, but many others which it was very hard to leave out.

"I have not considered as ghost-poems anything but poems which related to the return of spirits to earth. Thus, ‘The Blessed Damozel,’ a poem of spirits in heaven, ‘La Belle Dame Sans Merci,’ whose heroine may be a fairy or witch, and whose ghosts are presented in dream only, do not belong in this classification; nor do such poems as Mathilde Blind's lovely sonnet, ‘The Dead Are Ever with Us,’ class as ghost-poems; for in these the dead are living in ourselves in a half-metaphorical sense. If a poem would be a ghost-story, in short, I have considered it a ghost-poem, not otherwise. In this connection I wish to thank Mabel Cleland Ludlum for her unwearied and intelligent assistance with the selection and compilation of the book; and Aline Kilmer for help in its revision and arrangement."

If you want to learn more about Margaret Widdemer, you can read the short essay titled Asbury Park Life: Stimulus for Author by Peter Lucia.