Agatha Christie and The Secret Adversary (1922)

It’s Agatha Christie Week at Friday’s Forgotten Books over at Patti Abbott’s blog Pattinase. Hop over and read other reviews, analyses and perspectives on the Queen of Crime and her immortal mysteries.

“I found myself making up stories and acting the different parts. There's nothing like boredom to make you write,” Dame Agatha Christie said in an interview on BBC Radio in 1955. “So by the time I was 16 or 17, I'd written quite a number of short stories and one long, dreary novel. By the time I was 21, I had finished the first book of mine ever to be published, The Mysterious Affair at Styles.” 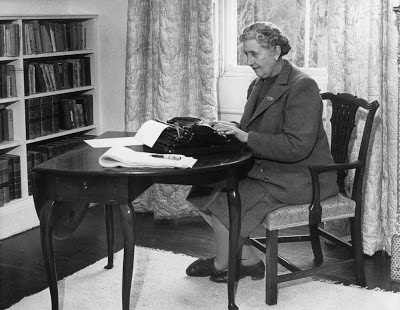 The writer
An Agatha Christie Week is an imposing challenge. Can you say anything new about a writer who has probably been written about more than most writers of her period and whose books have plausibly been reviewed more than those of her contemporaries? While I visit fifty-odd blogs through the course of the week, not to mention dozens of literary websites, rare is the blog or site that hasn't glorified the Dame and her Detectives in some way or the other. Her presence, both online and offline, is overwhelming in a pleasant kind of way. 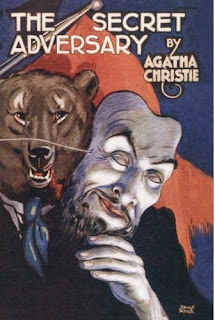 The Queen of Crime, arguably, the most famous mystery writer of the last century, has penned nearly seventy novels out of which I have, happily, read less than half. Yet, there is little that I don’t know about Christie’s work or her life in the public domain. She was a very private woman and rarely ever gave interviews. I expected to read at least one in The Paris Review, no luck there either.

She did appear on BBC’s radio programme, though. You will find Agatha Christie: A look at the life and craft of the world's most successful crime writer at BBC Archive rather fetching. It includes a 2.42-hour interview on How to write a best-selling novel (1955) as well as a 5-minute talk by her archaeologist-husband Sir Max Mallowan who recalls his wife, “the talented archaeologist” (1977).

Christie was as prolific a writer as she was a woman of few words, speaking of which her most famous quote concerned her marriage to her second husband, Mallowan. She says, wittily, “An archaeologist is the best husband a woman can have. The older she gets the more interested he is in her.” They had a common interest, archaeology, and set up their matrimonial camp next to the many digs she accompanied him on, which might explain why their marriage lasted forty-eight years, until her death in 1976. 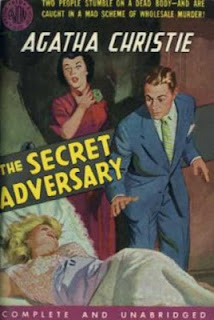 I think she retained her first husband Archibald’s last name because she had already written some half-a-dozen novels and numerous short stories as ‘Agatha Christie’ during their fourteen years of marriage. Probably, she didn’t want to switch to ‘Agatha Mallowan’ and risk being forgotten in the early stages of her literary career. I don’t know if she ever wrote anything as ‘Agatha Christie Mallowan’ which, if you think of it, sounds oddly familiar.

The book
You cannot write about Agatha Christie without writing about her books. The real Agatha Christie challenge lies in reviewing her novels and not so much her life and its colourful vicissitudes. I said before that I had read less than half of her novels, so I don’t have much to go on. I, therefore, decided to pick the last novel I read—The Secret Adversary. Only the second of her sixty-six mysteries, it has received highly favourable reviews on hundreds of blogs and websites.

You would expect Christie to stick to the formula behind her hugely successful first novel, The Mysterious Affair at Styles, which introduces Hercule Poirot, the Belgian detective with the egg-shaped head and handlebar moustache. Instead, she reaches into her box of mysteries and pulls out something different entirely. The Secret Adversary, I suspect, might have been part of an experiment by Christie to try out new characters and storylines early in her writing, and have some fun while she was at it. 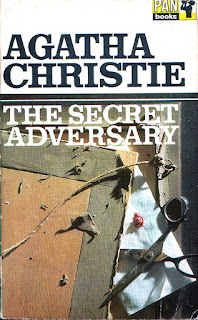 The Secret Adversary is a well-written novel about a young couple, Tommy Beresford and Tuppence ‘Prudence’ Cowley, looking for work in London at the end of World War I. Instead of finding conventional jobs, they go hunting for adventure and to prove they are earnest they even call themselves The Young Adventurers Ltd. Their youthful and reckless exuberance lands them in a serious mess rather than in a harmless adventure with a little money at the end of it: in the middle of a sinister conspiracy that threatens to topple the British government and shake the foundations of democracy on both sides of the Atlantic.

This is the only book where I guessed correctly, and very early on, the identity of the elusive Mr. Brown, the mastermind behind the secret plot to unleash a Bolshevik-type of revolution in Britain.

Bring out your knives. In my opinion, The Secret Adversary is not a serious mystery, in the mould of Christie’s cracking whodunits. It lacked the panache, intellect and intensity of Hercule Poirot and his methodical investigation of crimes and murders. In the main, it’s a nice adventure, in the mould of YA fiction, involving two friends out to have some fun which is what they have in spite of being cornered and caught by the mysterious Mr. Brown's cronies and later by Mr. Brown himself. It’s also a love story, with a dose of Wodehousian humour initially, as Tommy and Tuppence realise their feelings for each other even as they are on the trail of the Bolshevik conspirators and vice-versa. Lastly, I'm not sure political conspiracy, especially on such a grand scale, was really Christie’s forte: in spite of the bold plot, it wasn't convincing enough. 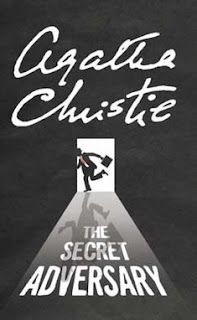 For these reasons, I’d have enjoyed The Secret Adversary more than I did had Len Deighton or John le Carré written it.

Christie on Poirot
If this has left a bitter taste in your mouth, here's a sweetener in the form of Christie's unflattering view of her famous detective. As the Queen of Crime churned out mysteries like annual reports, she increasingly found Poirot "insufferable" and a "detestable, bombastic, tiresome, ego-centric little creep." She must have been in a pretty foul mood to tick off poor Poirot.

In a long-lost essay she wrote for the UK government in 1945, in praise of British crime-fiction, and first brought to my notice by Sergio Angelini in a post he wrote September 19, 2012, Christie pours more scorn on her creation: "My own Hercule Poirot is often somewhat of an embarrassment to me—not in himself, but in the calling of his life. Would anyone go and ' consult' him? One feels not." 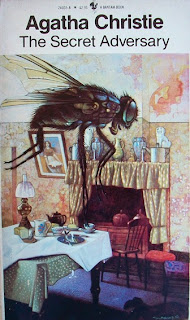 Christie gives the impression that she was tired of Poirot when she says, "Poirot has made quite a place for himself in the world and is regarded perhaps with more affection by outsiders than by his own creator! I would give one piece of advice to young detective writers. Be very careful what central character you create—you may have him with you for a very long time!"

The only reason the endearing Belgian detective survived his creator's verbal onslaught, until 1975, was his popularity among his millions of fans.