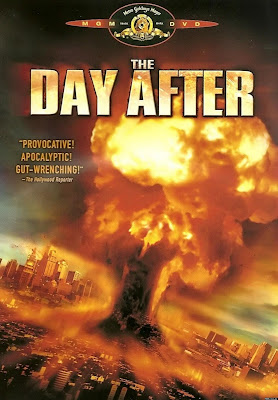 Roland Emmerich, the director of doomsday movies, gave us two epic adventures about global catastrophes – The Day After Tomorrow in 2004 and 2012 in 2009. While one is about the devastating impact of global warming where everything freezes to subzero and the earth is threatened by a second ice age, the other is about the cataclysmic solar storms that trigger volcanoes and earthquakes, wreaking terrible havoc on the planet. Big blockbusters, bombastic words. The only way to describe Emmerich’s mega-scale films that also include The Independence Day (1996), Godzilla (1998) and 10,000 BC (2008).

Emmerich has probably envisioned the destruction of earth and humankind by aliens, man, monster and nature more than any other director and at the pace he is churning out apocalyptic films, we will have a few more by 2020. I hope he does, so far they have been exciting and nerve wracking.

However, long before climatologist Jack Hall (Dennis Quaid) tried in vain to convince a stubborn US vice president of an unprecedented climate change and the coming of a new ice age in The Day After Tomorrow, university science professor Dr. Russell Oakes (Jason Robards) walked the lone and barren path through the death streets of Kansas City in the aftermath of a devastating Soviet nuclear missile strike in The Day After (1983). The catastrophes pictured in both the films were manmade and, in spite of the twenty-one year timeline between the two, continue to pose a real threat even today.

The Day After, an American television film directed by Nicholas Meyer, was shot on a small budget and more like a reality biopic in the backdrop of the Cold War between the US and the USSR. I’d like to think that, at some point, the film brought the nuclear posturing Americans and the Soviets to the negotiating table. 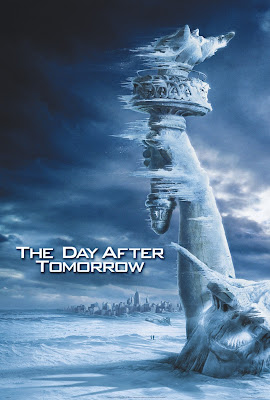 The film, with its frightening portrayal of a nuclear bomb-hit city and the trail of radioactive destruction in its wake, did well at the global box office, including India. I saw the film alone in a theatre called Eros, one of the finest in south Bombay at the time, and recall being awed by the mushroom cloud on 70 mm.

The final scene in The Day After will forever stay with me: Dr. Oakes making his way through the burning and dying city, to see his home one last time, and Joe Huxley (John Lithgow) talking to a radio without hope, “Hello? This is Lawrence, Lawrence, Kansas. Is anybody there? Anybody? Anybody at all…” This is just about all I can remember about The Day After. How terrifying can that be!

For Tuesday's Forgotten and Overlooked films, go to Todd Mason's blog at www.socialistjazz.blogspot.com
Written by Prashant C. Trikannad at 03:48:00