I have got into the habit of reviewing films in pairs (see list at bottom) and keeping the custom alive this week are two of Mel Gibson’s earliest films, and my entries for Overlooked Films, Audio and Video at Todd Mason’s blog Sweet Freedom. 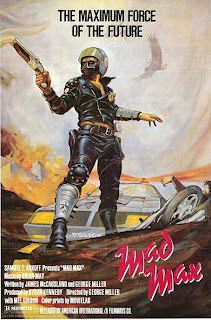 No two Mel Gibson films are more unrelated than the low-budget Mad Max and Tim save for the fact that they were released in 1979, just three months apart, and that they were named after his characters, Max Rockatansky and Tim Melville, or vice versa.

I have a vague recollection of both the movies, having seen them more than two decades ago, Mad Max in the cinema hall and Tim in the living room. So this is for the record.

The characters Gibson plays in the two films are diametrically opposite: in Mad Max, he is a mad-as-hell, revenge-seeking, blood-thirsting cop out to nail the ugly biker gang that murdered his friend, his wife, and his kid; and, in Tim, he is a shy and reticent young man, a slow learner who finds comfort and understanding in the presence of a woman, Mary (Piper Laurie), twice his age. 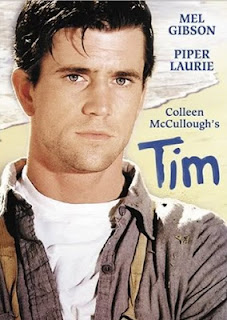 In many ways, Mad Max and Tim are about the changing social mores of the time, as evident in Max’s insensate and remorseless destruction of the enemy and Tim’s growing friendship with Mary that pits him against hypocrisy and suspicion in society.

The one thing common in both the films, as it is in many of his films, is the passion Gibson brings to his role and it hasn't waned a bit over the past three decades, either as an actor or a director. He is one of the most intense actors of our times.

I don’t remember if Tim played in Indian theatres. Mad Max did and it was a big hit and it made Gibson a household name in this country. Suddenly, everyone wanted to be like Max, with his boyish good looks, leather attire, mean gun, monster wheels, cold-blooded intent, and a hostile land between him and his unsuspecting target. 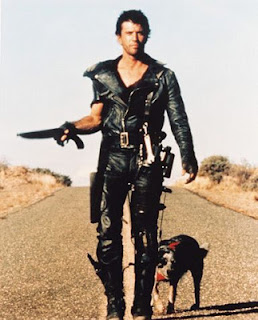 Mad Max was a trailblazer. It was directed by George Miller whose sequel, Mad Max 2: The Road Warrior (1981), didn't hold as well. In 1985, he directed Mad Max: Beyond Thunderdome which I haven’t seen. Now Miller is due to release Mad Max: Fury Road in 2014 with Tom Hardy in Mel Gibson’s boots. I doubt they’ll fit.

Tim, directed by Michael Pate, is a very sensitive film. It is based on a novel by Colleen McCullough, the author of the much-acclaimed The Thornbirds.

1. Sleepless in Seattle and You've Got Mail
2. The Descendants and The Dilemma
3. Tora! Tora! Tora! and
4. Notting Hill and Maid in
5. Mrs. Doubtfire and The Birdcage
6. Jaws and The Deep
7. The Day After and The Day After Tomorrow
8. Whiteout and The Back-up Plan
Written by Prashant C. Trikannad at 04:49:00