To The Last Man by Zane Grey

Another comic-book contribution for this Friday’s Forgotten Books edition over at Patti Abbott’s blog Pattinase. Don’t forget to read the fine reviews of forgotten books by other bloggers over there. 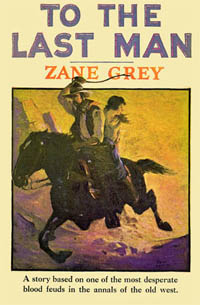 Much of my reading of western fiction in early days was shaped by Oliver Strange, Zane Grey, Louis L’amour, George G. Gilman and J.T. Edson. British writer Strange remains a favourite to this day. His ten Corgi paperbacks about Sudden, the heroic two-gun Texas outlaw, captured my youthful imagination of the Wild West like little else. His compatriot Frederick W. Nolan did a terrific job by writing five more books in the Sudden series. There have been no reprints since.

Zane Grey came next and one of his novels that I read very early on was To The Last Man which he wrote in 1921. Unlike Strange and Nolan, I haven’t read all of Grey but I remember liking this novel a lot. It had an original storyline, I’d assume, of love between a young man and woman caught on the opposite sides of a blood feud between their two frontier families. 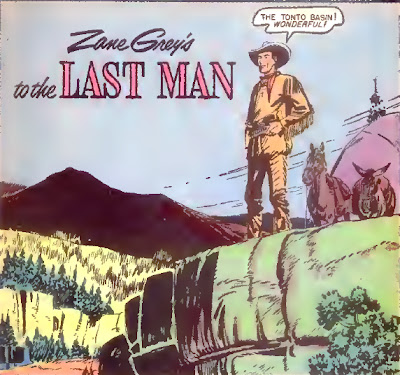 The theme soon became staple diet for subsequent books and movies, both western and non-western. Bollywood still thrives on it.

Young John Isbel and Ellen Jorth are loyal to their families and at the same time hopelessly in love with each other. They realise the futility of the range war sparked by rustling by one of the two families and played out in Tonto Basin, Arizona. 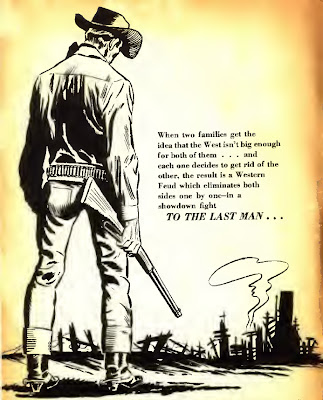 Grey first serialised To The Last Man in The Country Gentleman magazine during May-July 1921. But then, many of his stories were serialised in various magazines before they were published into books. 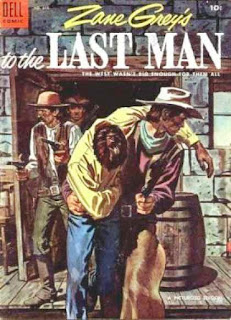 A couple of days ago I downloaded To The Last Man comic-book by Dell and was pleased to find that it stayed true to Grey’s story based on the Pleasant Valley War or the Tonto Basin War. Having read the comic-book, I now want to reread the book and see if I feel differently about it. I doubt it, though.
Written by Prashant C. Trikannad at 05:52:00