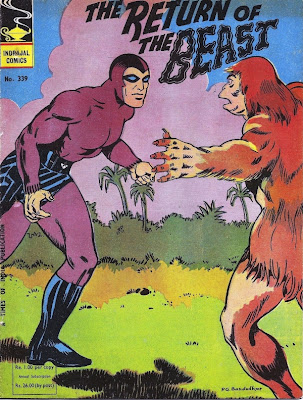 Phantom – the Ghost Who walks, Man Who Cannot Die and Guardian of the Eastern Dark – and Mandrake the Magician – who never reveals the secret of his magic because, well, magicians never tell – have fought all kinds of weird foes – man and animal, beast and alien. In these two covers, Phantom and Mandrake find themselves cornered by strange prehistoric creatures. 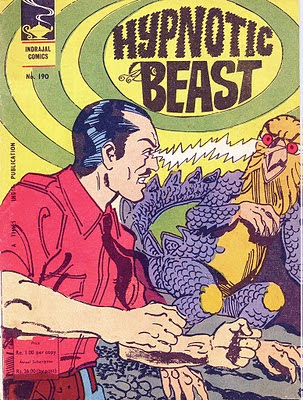 Phantom tames his Yeti-like foe and transports him to Eden, his very own island zoo where his other animals, both herbivores and carnivores, live in perfect harmony – the former feeding on grass and the latter feeding on fish. The prehistoric ape is called Hzz who later finds a mate named Hrz and they raise a family.

In another comic-book, Phantom captures and trains a stegosaurus and brings him to Eden where the creature takes an immediate liking to Hzz. Together, they guard the Phantom’s beautiful isle. 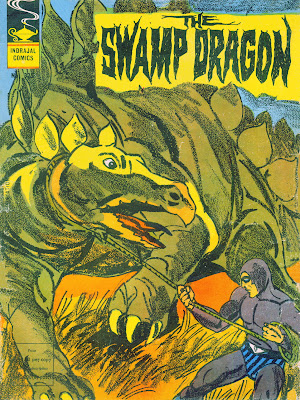 The Phantom of these stories belongs to our generation, the 20th century. Reality, step aside.
Written by Prashant C. Trikannad at 11:39:00