Touch the Devil and The White House Connection by Jack Higgins

I've slowed down on blogging so that I can read more and post less. Doesn't that sound like music to the ears? Well, this is in terms of my own posts and not my visits to other blogs. A direct beneficiary of this slack in blogging, at least in recent days, has been Jack Higgins, the British novelist whose real name is Harry Patterson. I read two of his thrillers—Touch the Devil (1982) and The White House Connection (1998)—back to back. Regular visitors to the 3Cs will know that I rate Higgins very highly and he remains one of my favourite writers.

Higgins is the author of sixty-plus thrillers including his most famous The Eagle Has Landed (1975), which is about Himmler's audacious plot to kidnap Churchill on English soil during World War II. However, instead of writing about Higgins and his fiction, which are already well known, I'll talk about three of his many unforgettable heroes in the context of the two novels I read. 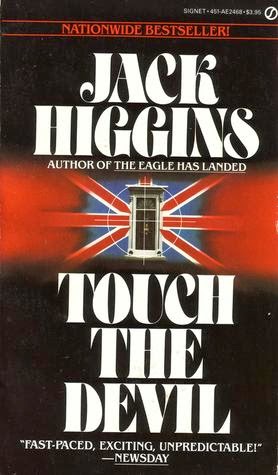 The three characters are Liam Devlin, Sean Dillion, and Martin Brosnan. They appear in many novels; Dillon figures in as many as twenty. All of them have several things in common: Irish lineage, legend, idealist, wealthy, romantic, poet, scholar, philosopher, ruthless yet kind, a love for Bushmills, rebel, crack shot, and ex-IRA gunman. They once believed in the cause, a united Ireland, but became disillusioned after the Irish terrorists resorted to savagery and bombing. They are not cold-blooded killers and the one thing that is anathema to them is killing innocent people, particularly women and children.

They wear their hearts on their sleeve. They often leave behind a calling card, a rose, to convey a chilling message that seems to say, “I got this far and I could have killed you, but I didn't because I like peace more.” In Touch the Devil, for instance, Martin Brosnan, who is also a Vietnam War veteran, wants to hold someone accountable for all that he has been through. As he says, “Where does it stop? Somebody has to pay, Liam. I’m tired of being used for other people’s purposes…” He decides to go straight to the top, to the nameless British Prime Minister. Disguised as a waiter at a Christmas party in 10, Downing Street, Brosnan makes his way to her office, with a bottle of champagne and two glasses, but then walks away without firing a bullet or saying a word. He leaves a rose on the tray. The Iron Lady looks up and realises how close to death she really was. Brosnan’s is a desperate cry for redemption.

Skilled in guerilla warfare and secret operations, their services are available to anyone, at times for a price; including, in the case of Liam Devlin, Gestapo chief Himmler in The Eagle Has Landed, and to British Intelligence, often reluctantly. But, they won’t go beyond a point. They have no hopes of a normal existence. Their past is violent, their present uncertain, and their future obscure. Haunted by the IRA and hounded by British Intelligence, Higgins best describes his self-righteous and notoriously famous heroes as “dead man walking.” 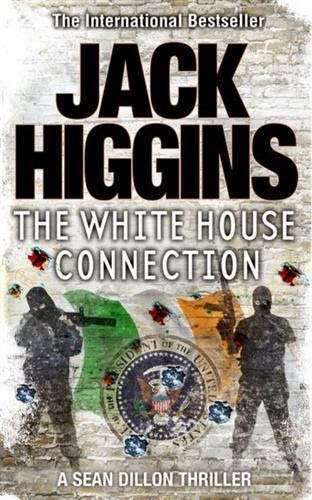 So legendary are Liam Devlin, Sean Dillon, and Martin Brosnan that they evoke awe wherever they go, in England or Ireland, among compatriots and veterans of the IRA. They are often received with exclamations of “Dear God!” or “Christ Jesus!” by old acquaintances. Higgins portrays them as hopeless romantics in their relations with lovely and sensible women whom they address softly as “Girl, dear.” It must be an Irish thing.

Most of their stories are narrated in the backdrop of the IRA and its fight against British rule in Northern Ireland. This is because Jack Higgins was born in England and raised in Belfast amid religious and political upheavals of the time. His formative years may have influenced his writing. He gives the impression of being sympathetic towards the IRA but he doesn't make them look good as much as he makes the rogue elements within the organisation look bad.

One such rogue element is the Sons of Erin, a splinter outfit of the IRA responsible for some of the worst crimes against the British, its army and its special forces. The secret organisation is made up of rich and influential members with Irish connections, including a gangster and a US senator, and is led by IRA renegade Jack Barry in The White House Connection and Frank Barry in Touch the Devil, both one and the same person. Sean Dillon in the first novel and Devlin and Brosnan in the second are “hired” by Brigadier Charles Ferguson, the powerful head of an elite and secret British security service known as Group 4, to track down Barry and eliminate him. Ferguson, whose description reminds me of actor Ernest Borgnine, reports only to the Prime Minister. He is utterly ruthless when it comes to protecting his country, even if it means using blatant lies, coercive tactics, and emotional blackmail to get the three IRA gunmen to “work” for him. For Ferguson, the end justifies the means, but he is not unkind. 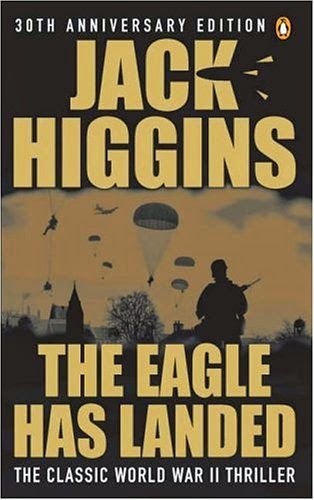 Liam Devlin is by far the most popular of Jack Higgins’ characters, appearing in about half a dozen books. I’ve never understood why Higgins didn’t give him more thrilling adventures. He is like the wise old sage, admired and respected by his protégés like Martin Brosnan and feared by his enemies. At 60, he is still fast with a gun. Post-IRA, he is a professor of English Literature at Trinity College in Dublin.

Apart from Dillon and Brosnan there is Martin Fallon, another IRA hitman who wants out but can’t get out. They all have their own series, as do Higgins’ many other inimitable characters.

Jack Higgins often tells improbable stories where mercenaries like Sean Dillon have easy access to the American President in The White House Connection and Martin Brosnan enters 10, Downing Street without a hitch in Touch the Devil. His novels lack the brutal reality of a John le Carré, the technical brilliance of a Tom Clancy, or the researched narrative of a Frederick Forsyth. But Higgins more than makes up for the deficit by telling uncomplicated stories through some very memorable characters of espionage fiction. Characters who have "the Devil on their side," as Higgins tells you.