A forgotten actor and his cameo in a cult movie is this week’s focus for Tuesday’s Overlooked Films at Todd Mason’s blog Sweet Freedom. 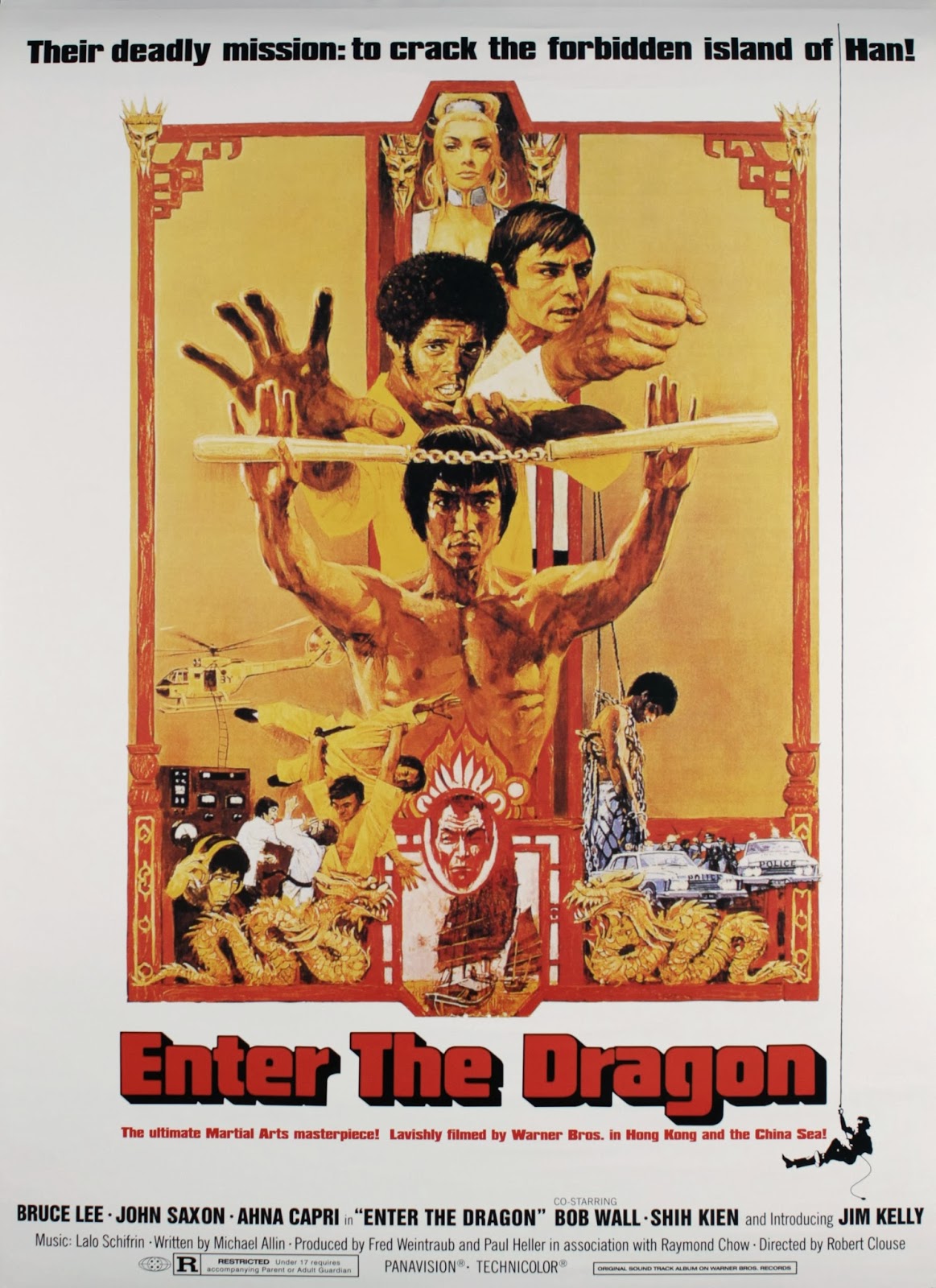 "I broke down the colour barrier. I was the first black martial artist to become a movie star."

One of the segments I look forward to watching at the Oscars and Golden Globe awards is ‘In Memoriam’ where pictorial tribute is paid to artists who have died over the past year. At the Academy Awards this year, many luminaries like Shirley Temple and Philip Seymour Hoffman were honoured. And, as so often happens, some were left out, notably writer Tom Clancy, which was odd since his senior contemporaries Elmore Leonard and Richard Matheson were part of the celebrity montage. However, there are bound to be hits and misses in an event of the scale of the Oscars.

Among the many entertainers who made it to the posthumous list was Jim Kelly, the American actor and martial arts exponent who died on June 29, 2013. He was 67. Not many would remember him.

Born James Milton Kelly, the actor brought his 6' 2" frame and beehive hairdo to bear upon one of the most popular martial arts movies of all time—Enter the Dragon. In doing so, Jim Kelly left a permanent imprint on the cult film whose most famous star was Bruce Lee. Kelly had his task cut out for him, for not only did he have to work in the shadow of the legendary martial artist but he also had to contend with the suave actor John Saxon. While both Lee and Saxon had already established themselves, this was only Kelly's second film and probably his most notable cinematic work.

In Enter the Dragon, director Robert Clouse brings Lee, Saxon, and Kelly together on an island off Hong Kong considered as the hotbed of vice, mainly opium and blood trade, run by Han, a master criminal with a claw hand. It is Bruce Lee's task, as an informal undercover agent, to investigate the suspicious happenings on the island and report to his agency. But Lee has an agenda of his own: avenging the death of his sister. The man responsible for it, O’harra (Robert Wall), is on the island and in Han's payroll. Old friends Roper (Saxon) and Williams (Kelly) accompany Lee to the island to escape from their own problems.


On the island the three men find the ideal cover in a do-or-die martial arts tournament organised by Han and refereed by his beefy henchman Bolo (Bolo Yeung) who requires no introduction. Men must fight men, sometimes until death. Lee, Saxon, and Kelly prove their worth as martial artists though Han never pits them against each other (in fact, I think he tries but they refuse). In one memorable scene, Lee faces O’harra. Before the start of the fight, O’harra picks up a board and smashes it to convey a point to Lee who retorts in his trademark clipped voice, “Boards don't hit back.” Lee has his revenge.

The film ends on a predictable note: Bruce Lee and John Saxon take on Han and his inexperienced men and liberate hundreds of innocent civilians held captive.

This was Jim Kelly's only well-known film and he was eliminated in the first half. Fans of martial arts films continue to ask why. He deserved to remain until the end.

There are many Bruce Lee takeaways from this film, like his "taming" of a venomous snake, his high-pitched shrieks during fights, his skill with nunchucks, his flying kick, and his final battle with Han inside the deceptive room of mirrors. The one thing Lee doesn't bring to this film, not that he was expected to, is humour. Director Robert Clouse leaves that to Jim Kelly who is the funny face of Enter the Dragon.

Although Clouse lays out the red carpet for Bruce Lee, and John Saxon to a lesser degree, Jim Kelly brings his own charm and style to the film, be it with his fists and arms, his wisecracks, betting on fights and making a neat pile, a toss of his head, or his ridiculing of Han.

“Man, you come right out of a comic book.”

After Enter the Dragon, I never saw Jim Kelly again, in spite of being a gifted actor. But, after hearing his name and seeing his face at the Oscars, I looked up his filmography and found that, in 1974, Robert Clouse directed him in Black Belt Jones, described as an "American Blaxploitation action film," and in Golden Needles.

Jim Kelly has left behind a bigger legacy than I thought he'd.
Written by Prashant C. Trikannad at 03:48:00