A peep at the as-yet unseen The Secret Invasion, Thunderbolt and Lightfoot, and The Hunting Party for Overlooked Films at Todd Mason’s blog Sweet Freedom. 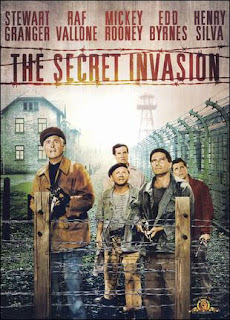 Most English entertainment and movie channels beamed in India carry English subtitles at the bottom of the screen. This is a fairly recent practice. It has its advantages and disadvantages depending on how you look at it.

On the plus side, subtitles help viewers who find it difficult to follow American and British accents to understand English sitcoms and films better.

On the minus side, subtitles are like annoying pop-up ads; even if you are able to follow the accents clearly, you end up looking at the bottom of the screen and reading the lines.

Either way, you’re caught somewhere between looking at the screen, listening to the dialogues, reading the subtitles, and watching one-fourth of a film.

I have found a new use for the subtitles, one, I suspect, everyone else has too. Whenever the children have their exams I switch off the volume and let the subtitles take me through the sitcoms and movies I am watching. Problem is I have got into the habit of watching soundless television even otherwise. 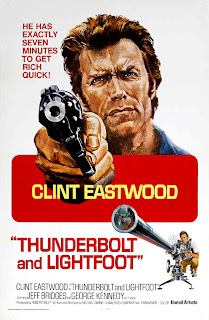 One channel that does not carry subtitles is MGM, a decent substitute for TCM India which went off the air last year. As a result, I often miss watching some very good movies.

For instance, on Friday, April 26, MGM telecast The Secret Invasion (1964). Directed by Roger Corman, the film tells the story of British intelligence using criminals to work behind enemy lines in Yugoslavia during WWII. It stars Stewart Granger, Raf Vallone, Mickey Rooney, and Edd Byrnes. I’d never heard of this war film or of Vallone and Byrnes before.

The next day the channel showed Thunderbolt and Lightfoot (1974) directed by Michael Cimino. Clint Eastwood, George Kennedy, Jeff Bridges, and Catherine Bach star in this film about bank robbers who plan a daring heist of the fortress-like Montana Armored Depository. 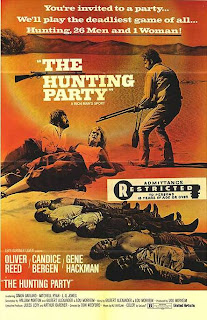 Then, this evening, MGM is telecasting The Hunting Party (1971) which sounds even more interesting than the above two. Made by Don Medford, this western film stars one of my favourite actors, Gene Hackman, Oliver Reed, and Candice Bergen and relates the story of a ruthless rancher who pursues an outlaw who has kidnapped his wife, with a twist in the tale.

The good thing about Indian television channels is that they repeat everything, even news. Likewise, the same films are shown repeatedly over a long period of time which means I can always watch all three movies in my retirement.
Written by Prashant C. Trikannad at 05:03:00