If anything guarantees laughter, it’s Laurel & Hardy, and here’s one to ring in the Christmas season for Overlooked Films and Television at Todd Mason’s blog Sweet Freedom. 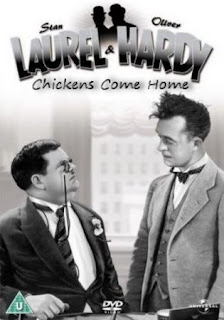 Stan Laurel and Oliver Hardy are rarely funny by themselves. They are funny when they are together, like Asterix and Obelix, Tintin and Haddock, Tom and Jerry, Calvin and Hobbes, Jack Lemmon and Walter Matthau, Garfield and Odie, Abbott and Costello, and Mutt and Jeff, to name some of the greatest comedy couples ever in films and comics.

Of course, there’s Dean Martin and Jerry Lewis, Bill Murray and Dan Ackroyd, Gene Wilder and Richard Pryor and actors like Steve Martin, Chevy Chase, and Martin Short who have paired with one another, but their comedy is nowhere near as hilarious as that of the comic duos mentioned above.

I know you can’t put comic actors and comic-book characters in the same basket but when it comes to comedies and double acts I see no distinction between the two. Their comedy act, in film or print, with dialogues or speech bubbles, means the same to me.

And yet, no comedy pair is funnier than Laurel and Hardy. In fact, they are the masters of innocent comedy, even slapstick comedy.

In Chickens Come Home, written by Hal Roach and H.M. Walker and directed by James W. Horne, Laurel has a hard time keeping Hardy’s ex-flame (Mae Busch) from coming over to his best friend’s house and blackmailing him in front of his wife and their high-society friends. Hardy is running for mayor and the last thing he wants is his ex-girlfriend brandishing an old photograph in the middle of a party. If Hardy’s wife (Thelma Todd) is domineering and suspicious of her husband, Laurel’s wife (Norma Drew) is worse. She catches Laurel wrestling with the ex-flame in his desperate effort to keep her out of Hardy’s way and goes after him with an axe. 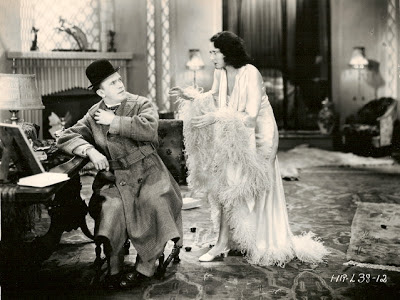 Can you imagine anyone taking an axe to Laurel, of all the people in the world? The lengths Laurel goes to, to keep Hardy out of trouble, must make many a disgruntled spouse green with envy. For Laurel and Hardy are more than friends, they are like husband and wife, sticking up for each other more than they do for their wives, even when they are not married in their films. 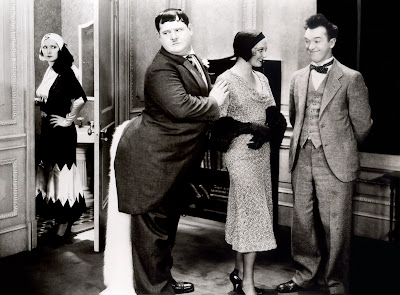 Laurel and Hardy’s innocent lives are filled with hardships but they wade through it all with optimism in their outlook, compassion in their hearts, and a smile on their faces.

The perfect Christmas movie…you can watch it below.