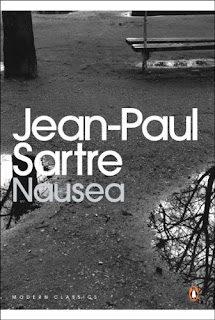 I suppose it is out of laziness that the world is the same day after day. Today it seemed to want to change. And then anything, anything could happen.

I am going to outlive myself. Eat, sleep, sleep, eat. Exist slowly, softly, like these trees, like a puddle of water, like the red bench in the streetcar.

It left me breathless. Never, until these last few days, had I understood the meaning of "existence."

There is a universe behind and before him. And the day is approaching when closing the last book on the last shelf on the far left; he will say to himself, "now what"?

He is always becoming, and if it were not for the contingency of death, he would never end.

Every existing thing is born without reason, prolongs itself out of weakness, and dies by chance.

When she was in Djibouti and I was in Aden, and I used to go and see her for twenty-four hours, she managed to multiply the misunderstandings between us until there were exactly sixty minutes before I had to leave; sixty minutes, just long enough to make you feel the seconds passing one by one.

Three o'clock is always too late or too early for anything you want to do.
If you want to learn or read more about Jean-Paul Sartre, I recommend www.sartre.org
Written by Prashant C. Trikannad at 01:01:00