Laugh out loud with Schwarzenegger 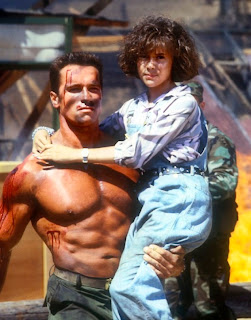 I have seen nearly every Arnold Schwarzenegger movie, some more than once, but never ever in a cinema hall. I have watched all his films on cable and none on video or DVD. I have thought it to be a waste of time, money and energy to see his films in a theatre. No doubt, he is a big entertainer and, in my opinion, bigger than Sylvester Stallone and Jean Claude Van Damme, but still not worth the price of a movie ticket, popcorn, samosas, and coke.

Yet, not a week goes by when I don't see his films or at least parts of whichever film cable TV is showing. Last week, I saw two of Schwarzenegger's earliest movies, Commando (1985) and Predator (1987), both among my favourites. Terminator I & II come third. All three films are notorious for Schwarzenegger's one liners.

My favourite line in Commando (and there are quite a few) is in the last scene when Schwarzenegger, as the retired special agent John Matrix, is returning after rescuing his daughter from the clutches of a Latin American dictator. He has also just destroyed the "military" camp and killed hundreds of the dictator's armed henchmen. As he makes his way to a waiting amphibious aircraft, he encounters General Franklin Kirby (James Olson), the head of his elite unit, who asks him: "Leave anything for us?" and Schwarzenegger replies, deadpan, "Just bodies." You need to be a Schwarzenegger to say that. 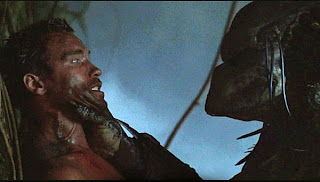 Without these one liners, including the 'I'll be back" in Terminator, Schwarzenegger's films wouldn't have been as entertaining as they eventually turned out to be. The former Mr. Universe-turned-Conan the Barbarian-turned-California Governor is not a funny actor and, technically, he sucks at humour. But give him four-worded lines and you can trust him to deliver them in a way that'll make you laugh out loud. That's why I like his
films.