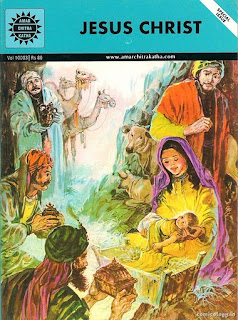 Amar Chitra Katha (Immortal Picture Stories), the largest-selling comic-book series in India, has, from time to time, brought out special issues on epics and events that shaped history. This particular issue, published in 1980, tells the beautiful story of Christ from his birth to his crucifixion. A major portion of the comic-book is devoted to the time Jesus spent with the apostles and the miracles he performed. The speech bubbles and the coloured illustrations are clear and simple.

ACK, as it is known, has published more than 400 titles, mainly on the great Indian epics, mythology, history, folklore and fables, often revolving around people who made a difference. Since its launch in 1967, ACK has sold over 90 million copies in 20 Indian languages. 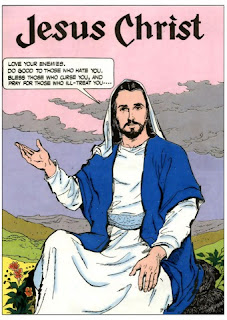 You can read more about this educational series at www.amarchitrakatha.com