It’s Friday’s Forgotten Books at Patti Abbott’s blog Pattinase. Hop over and read the many other reviews there. 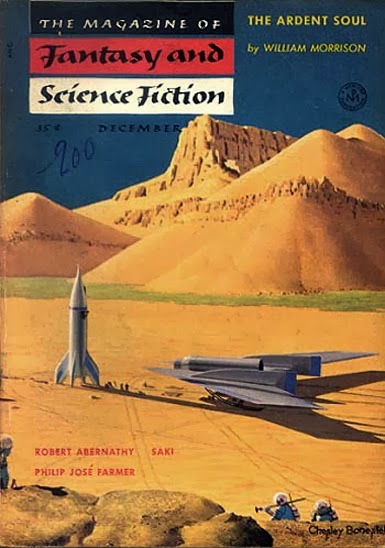 Last week I read two short stories by Shirley Jackson that revolved around families and the turmoil within. This week I read two more stories, under sf, that also centered on families and the disparities within. The two sets of stories have a common theme—there is more (to the families) than meets the eye, or as the forward to The Father-Thing by Philip K. Dick notes, “People are not what they seem to be,” giving rise to a sense of foreboding, perhaps even fear. I just happened to read them that way.

In The Father-Thing, young Charlie Walton discovers, to his horror, that his father is not really his father and is, in fact, an alien who looks and behaves just like him, as normal as Ted Walton in every way. With his mother June merely perplexed over his strange behaviour at the dinner table and no one and no place he can really go to, the boy’s mental anguish is at once felt by the reader. Charlie musters up courage and gets two boys from the neighbourhood, one of whom is a local bully, to help him trap the impostor who has invaded his home, killed his father, and destroyed his family. It is touching to see the boy lose his innocence overnight and come to terms with the disintegration of his family and the people he loves.

What happens to Charlie can be seen as a metaphor for both the strange and familiar things that happen to families, like divorces and estrangements that tear children apart and bring their innocent world crashing down, and the unpredictability of domestic life.

The premise of the story, which first appeared in The Magazine of Fantasy and Science Fiction, Vol.7, No.6, December 1954, has been compared to (Invasion of) The Body Snatchers (1955) by Jack Finney that spawned at least two namesake films in 1956 and 1978 and probably some others too. I read that it was a popular concept at the time. 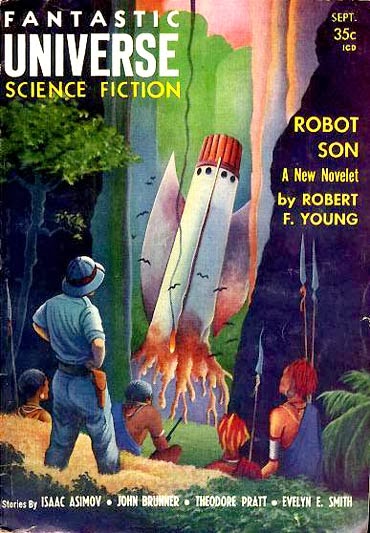 “She’s always looking at the sky; I've seen her do it a hundred times and she’s never been out when it’s the least bit cloudy.”

In contrast to the above story, Rain, Rain, Go Away is a fun tale about two neighbouring families, the Wrights and the Sakkaros, one seemingly normal and the other seemingly abnormal. Lillian Wright is curious about her new neighbours (in typical fashion, she peeps at them from behind her Venetian blinds) and wants to get to know them better. However, she notices something strange in their behaviour. For instance, she wonders why Mrs. Sakkaro keeps looking at the sky or why the family never steps out even when it’s least cloudy. On the other hand, her husband George is indifferent and would rather sit in front of the television with a king-size coke and watch the ball game. Live and let live is his motto.

But Lillian perseveres and makes friends with Mrs. Sakkaro, if you can call it that. The two families, with sons Tommie Wright and the Sakkaro boy, decide to go out together. The outing has a semblance of authenticity as the Wrights find that their neighbours are cautious and somewhat ill at ease. And then, unexpectedly, a storm comes and it begins to drizzle, the Sakkaros are filled with terror, and the Wrights have no clue what is happening, or what is about to unfold in front of their eyes.

Again, the premise of this story, which appeared in the September 1959 issue of Fantastic Universe, is the same as The Father-Thing—alien invasion being the common thread running through both the short stories that I enjoyed quite a bit. The alien invasion need not necessarily be alien, you know. That's how I saw it. Both the stories are well-written and very readable too.
Written by Prashant C. Trikannad at 04:15:00