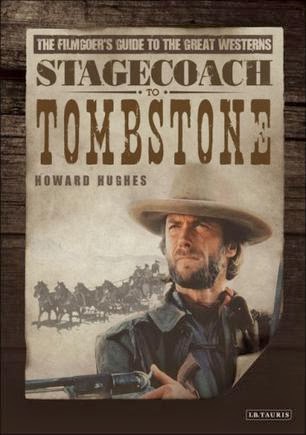 Looking for a book at free digital libraries is like buying a lottery ticket and waiting with bated breath. You might never win a lottery in your lifetime but you’ll hit the jackpot at online book sites more times than you can count. The magic of it is that, unlike a lottery ticket, you don’t have to pay for a free ebook. Who am I kidding? I’ll take a lottery win any day.

Anyway, this afternoon, between writing and editing and laying out the pages for my newspaper, I came across an ebook I thought was worthy of download by all those who enjoy the movies, particularly westerns—Stagecoach to Tombstone: The Filmgoers’ Guide to the Great Westerns by Howard Hughes. I’d no hesitation in downloading the ebook from Archive. It was free and legal too.

My excitement over the discovery was, however, shortlived. There was no way Hughes or anyone could have written about the great westerns in just 50-odd pages. I was looking at a fraction of the 272-page book that had a detailed pictorial analysis of only two of the 27 great westerns—Stagecoach (1939) and My Darling Clementine (1946).

Besides the other 25 films, the other missing segments were Preface: Colt Movies, Acknowledgments, Out of the West: An Introduction to Westerns, Ten Top Tens, Western Filmography, and Bibliography and Sources. The Index was intact, but what good would it do?

It felt like the time I won my only lottery, a princely sum of Rs.50, less than a dollar. I don’t think I claimed it.

Amazon is selling Stagecoach to Tombstone: The Filmgoers’ Guide to the Great Westerns for a little over $15 (paperback or kindle). I guess I'll be looking out for the book in a used bookstore.

The book is described as “The true story of the American West on film, through its shooting stars and the directors who shot them…”

Going further, “Howard Hughes explores the Western, running from John Ford's 'Stagecoach' to the revisionary 'Tombstone'. Writing with panache and fresh insight, he explores 27 key films, and draws on production notes, cast and crew biographies, and the films' box-office success, to reveal their place in western history. He shows how through reinvention and resurrection, this genre continually postpones the big adios and avoids ending up in Boot Hill…permanently.”

These are the 27 great westerns according to Howard Hughes.