What do I review for FFB at Patti Abbott’s blog Pattinase this week? I had a choice between two detective short stories, a few vintage comic books, and a hardboiled crime fiction. I read them all. However, since I didn’t have the time to sit down and review any of them, I decided to write about the two novels I purchased recently from a secondhand bookstore—John Gardner’s James Bond novels—Licence Renewed (1981) and For Special Services (1982). I haven’t read them yet. 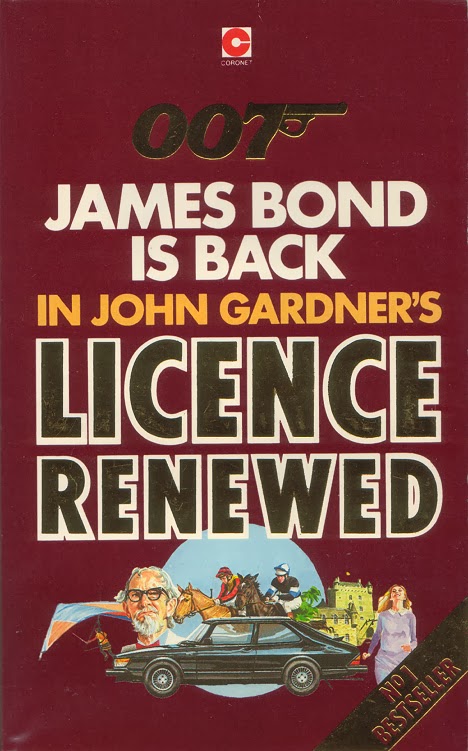 It’s always easier and quicker to write about books you haven’t read.

While I have read books by Gardner, I have never read any of his adaptations of Ian Fleming’s master spy. I am aware that Gardner is one of many authors who continued Fleming’s legacy through both novels and short stories. Other worthies include Kingsley Amis (as Robert Markham), John Pearson, Christopher Wood, Raymond Benson, Sebastian Faulks, Jeffery Deaver, William Boyd, and Charlie Higson who introduced the Young Bond series.

I was delighted with my new acquisitions for two reasons—the used paperbacks are in good condition and cost me Rs.20 each (less than half a dollar) and the titles are Nos. 1 & 2 of the over a dozen 007 books Gardner wrote. In fact, I think he wrote a book or two more than Fleming did. 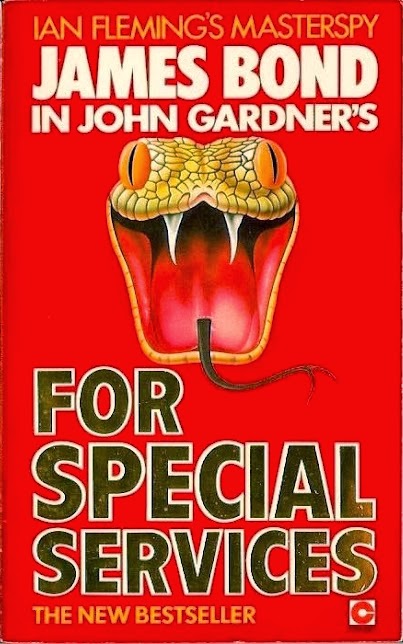 In Licence Renewed, James Bond makes a comeback 15 years after Ian Fleming wrote his last two novels, Octopussy and The Living Daylights, in 1966. He challenges a “dangerously deranged opponent bent on the destruction of the western world in a nuclear holocaust.” And, in For Special Services, 007 is on loan to the United States government and takes on an old enemy, the legendary SPECTRE — the Special Executive for Counter-Intelligence, Terrorism, Revenge and Extortion.

I’ll be reading both these novels but I’ll not be reviewing them. Gardner’s Bond novels are already popular and written about more than a bit.

Meanwhile, the crime fiction I mentioned above reads like a cross between an Ed McBain and John D. MacDonald novel. It’s gritty and hardboiled and paints a realistic picture of police procedurals and jurisdictions as well as the very ordinary lives of police detectives and state attorneys. I was struck by the starkness of the style, the story, and the characters. Review to follow soon.

The two stories I read earlier this week were A Warning in Red and The Affair of the Corridor Express, two delightful mysteries by English clergyman and author Victor Lorenzo Whitechurch (1868-1933). The stories deal with a murder and a kidnapping, respectively, and are set around trains in England. They are written clearly, precisely, and concisely.

The Affair of the Corridor Express is one of 15 stories in Thrilling Stories of the Railway featuring the eccentric detective Thorpe Hazell. John Norris, a keen reader and writer of vintage fiction, has reviewed the short story collection at his blog Pretty Sinister Books. He has also reviewed Whitechurch’s The Robbery at Rudwick House.

Note: The two covers are replicas of my novels.
Written by Prashant C. Trikannad at 07:12:00