Chief Gillespie (Rod Steiger): I got the motive which is money and the body which is dead. 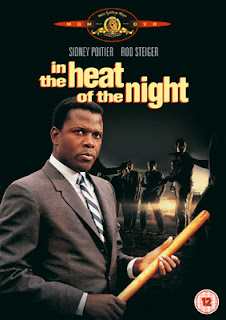 Does watching the movie first and then reading the book on which it is based sound appealing to you?

I have mixed views about this. It takes away the spark of imagination and the joy of reading the book. That’s one way of looking at it. On the other hand, it can make reading of the book a more pleasing exercise, particularly if it is a big book, and allows you to draw comparisons between what you see and what you read.

Take Harry Potter, for instance. I saw all the seven films including two parts of The Deathly Hallows (Book No.7) well before I read the books and it did not diminish the appeal of the series. In fact, it only enhanced it for me. First of all, there is far more in the books than in the films and, second of all, I didn’t have to stretch my imagination to visualise Harry and his friends, Dumbledore, Snape and the others while reading the books. Among other things I don’t think I’d have imagined the soul-sucking Dementors the way they are pictured in The Prisoner of Azkaban, one of the most chilling evil creatures I've seen on screen.

I saw In The Heat of the Night (1967) a full year before I read the book (1965) by John Ball and Sidney Poitier’s portrayal of homicide detective Virgil Tibbs was outstanding. Now had I read the novel first, I don’t think I’d have thought of Poitier essaying the role of the black man from Philadelphia, caught in the wrong place and at the wrong time, in a small racist town in Mississippi. Poitier scorches the screen with his unwavering intensity, the eyes boring into police chief Gillespie (Rod Steiger, who is no pushover) and others in the meagre force, as they wrongly accuse him of murder and then utilise his skills to investigate and solve the crime, and then grudgingly thank him for a job well done. It seemed as if the racist boot was on the other foot.

I thought Norman Jewison’s adaptation of John Ball’s novel—comparable with that other great book-to-movie classic To Kill a Mockingbird—was more explosive in its visual depiction of racism. On the other hand, the book is milder, as evident from Gillespie’s less than fierce attitude towards Virgil Tibbs and the colour of his skin. Rod Steiger might have something to do with it.

In spite of seeing the movie first, I enjoyed reading the book, as both had something different to offer. I don’t consider this approach a spoiler in any way. It can be fun sometimes.
Written by Prashant C. Trikannad at 05:43:00