Todd Mason will have the links to many Overlooked Films and Television over at his blog Sweet Freedom. Don't forget to check them out.

Marge Gunderson (Frances McDormand): So that was Mrs. Lundegaard on the floor in there. And I guess that was your accomplice in the wood chipper. And those three people in Brainerd. And for what? For a little bit of money. There’s more to life than a little money, you know. Don’tcha know that? And here ya are, and it’s a beautiful day. Well, I just don’t understand it. 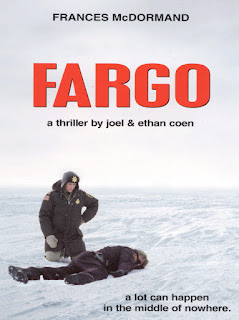 “Now you see me, now you don’t” is how I’d describe actors like Francis McDormand. I first saw her in Mississippi Burning (1988) as the wife of a county deputy sheriff who batters her for helping two FBI agents in their investigation of the murders of civil rights activists. At that time I didn’t realise she was McDormand. I must have been engrossed in Gene Hackman’s hardnosed character, especially the part where he takes a razor blade to her husband’s throat in a barbershop.

It took another film, Fargo, to bring her back into the narrow confines of my memory. Between these two movies and especially since the Coen brothers’ 1996 film I might have seen McDormand in some of her other ventures, though I don’t remember any, not unless I run through her filmography. I haven’t done that so far, perhaps after I post this piece. 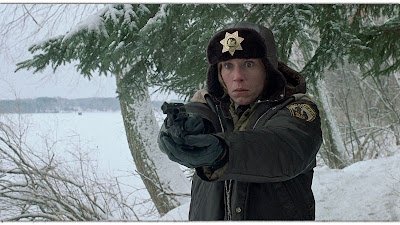 What I liked most about Fargo, superbly written and directed by Ethan and Joel Coen, is McDormand’s character, small-town police chief Marge Gunderson, particularly her way of speaking with a slight expression on her face and a smile playing at the corners of her mouth. I read, somewhere, that her distinctive speech, where the words are delivered slow and long, is reminiscent of the prevailing accent in the Midwestern state of Minnesota, the winter setting of the film. For instance, Marge often responds with “yaaa, yaaa!” emphasising on the vowels. You kinda like the way she talks.

A very pregnant Marge Gunderson is woken up from slumber, so to say, to investigate murders on her turf, the result of a kidnapping gone wrong. Of cheerful disposition, Marge leads a quiet and contented life with her husband Norm Gunderson (John Carroll Lynch) who is supportive of his wife and her job in a rather unassuming way. 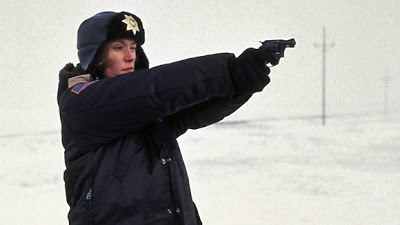 Jerry Lundegaard (William H. Macy), who works for his rich father-in-law’s car dealership, is steeped in debt and in a last-ditch effort to get out of his financial crisis decides to have his wife kidnapped so that he can milk her father for a hefty ransom and clear his dues. He hires Carl Showalter (Steve Buscemi) and Gaear Grimsrud (Peter Stormare) to carry out the task on the condition that there would be no bloodshed and, above all, his wife would come to no harm.

However, the kidnap caper does not go as planned and soon bodies start piling up and it’s not long before Marge begins to sniff around Jerry’s office and asks him questions that make him more awkward and uncomfortable than he already is. 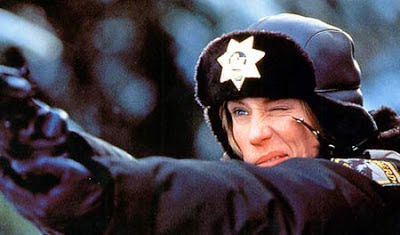 There is nothing pretentious about Fargo. The two main characters, Marge and Jerry, are ordinary people, but opposites: one is driven by her values and ethics, the other by his greed and ambition. The film rolls at an easy pace as police chief Marge Gunderson investigates the murders in a quiet and matter-of-fact manner, in what could be deemed as a realistic setting for a crime thriller. Although seasoned actor Macy gives out a fine performance with his bungling act, it’s McDormand who walks away with the honours—she won an Oscar for her role (as did the Coens for best writing and screenplay). This is her film.
Written by Prashant C. Trikannad at 10:04:00