The Jackal wins the 2012 Diamond Dagger

Last month, the Crime Writers' Association awarded its prestigious Diamond Dagger award for 2012 to thriller novelist Frederick Forsyth whose most famous work, The Day of the Jackal, revolved around a terrorist plot to assassinate Charles de Gaulle, the President of France.

"Frederick Forsyth is a hugely deserving recipient and The Day of the Jackal remains one of the greatest thrillers of our times. He has set a new standard of research-based authenticity with his writing, which has had a major influence both on my work and on many of my contemporaries in the crime and thriller field. We are very thrilled that he has accepted this award," CWA Chair Peter James said in a release.

The Diamond Dagger recipient is chosen each year by the CWA committee, from a shortlist nominated by the membership. Shortlisted authors must meet two essential criteria: first, their careers must be marked by sustained excellence, and second, they must have made a significant contribution to crime fiction published in the English language, whether originally or in translation. The award is made purely on merit without reference to age, gender or nationality. 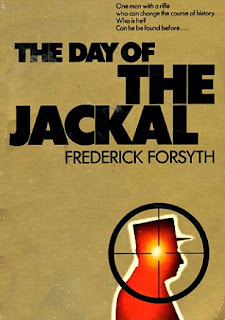 According to CWA, Frederick Forsyth, former RAF pilot and investigative journalist, defined the modern thriller when he wrote The Day of The Jackal, with its lightning-paced storytelling, effortlessly cool reality and unique insider information. He has written a total of fifteen bestselling novels, most recently, The Afghan (2006) and The Cobra (2010). Forsyth’s books are published by Transworld which maintains the official UK books website. He lives in Hertfordshire, England.

Frederick Forsyth was one of several popular fiction novelists I read some twenty years ago, along with Jack Higgins, Len Deighton, Arthur Hailey, Leon Uris, Sidney Sheldon, Robert Ludlum, Jeffrey Archer, Mario Puzo, Alistair MacLean, and Ken Follett. There were a few others whose names I don't remember now. From this lot the only thriller writer I continue to read is Higgins, a personal favourite. These ten authors have written some of the most entertaining and suspenseful novels of the second-half of the 20th century. Writers like Forsyth, Higgins and Archer are still active. We see more than a shade of these authors and their writing in modern-day thrillers. 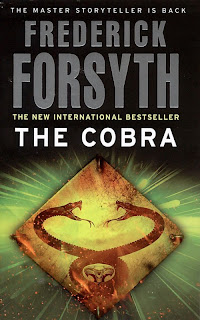 Read my previous post on this topic Bestsellers Indians love to read, October 3, 2011.
Written by Prashant C. Trikannad at 04:54:00