Who Murdered the Vets? by Ernest Hemingway

A look at Ernest Hemingway’s other writings for Friday’s Forgotten Books at Patti Abbott’s blog Pattinase.

In Who Murdered the Vets?, a firsthand news report on the Florida hurricane, Ernest Hemingway seems to be referring to the Labour Day Hurricane which has been described, on Wikipedia, as “the strongest tropical cyclone of the 1935 Atlantic hurricane season, and the most intense hurricane to make landfall in the United States and the Atlantic Basin in recorded history.” This is my understanding.

The hurricane lasted thirteen days, from August 29, 1935 until September 10, 1935, and Hemingway wrote his hard-hitting piece on its deadly impact exactly a week later, in the left-wing magazine, New Masses, September 17, 1935.

In this compelling article, the American writer demands answers to many questions: Who sent nearly a thousand US war veterans to live in frame shacks on the Florida Keys in hurricane months? Why were the men not evacuated before the hurricane struck the Keys? Who delayed sending the ten-car rescue train that washed away between mainland Florida and Key West? Finally, who was responsible for their deaths?

Hemingway raises his eyebrows at Washington for possible answers.

After the hurricane, Hemingway travelled to the Keys and found hundreds of bodies of civilians and veterans strewn everywhere, in the sea, in the mangroves, in the shelters, in the trees, in the rails, wherever the strong winds and storm waters swept them.

In Camp Five, Hemingway talks about finding only eight survivors out of a total of 187 vets though only sixty-nine bodies are accounted for, the rest having been washed up in the mangroves and other places.

Hemingway, who was resident-writer of Key West for several years, has used his firsthand knowledge of the archipelago, its history, its inclement weather, its hurricanes and storm warnings, its inhabitants, its railroad, and its boats and harbours, to write this piece. He paints an intense picture of the deadly hurricane and its tragic aftermath, which is a testament to his personal experience and to his sublime writing. Not surprisingly, the article also reads like a short story. Hemingway often wrote articles for magazines, left leaning I suspect, given his own political ideology.

I've reproduced below two passages that reveal Hemingway’s anguish over the fate of the war veterans and others.


Who sent them down there?


I hope he reads this—and how does he feel?


He will die too, himself, perhaps even without a hurricane warning, but maybe it will be an easy death, that's the best you get, so that you do not have to hang onto something until you can't hang on, until your fingers won't hold on, and it is dark. And the wind makes, a noise like a locomotive passing, with a shriek on top of that, because the wind has a scream exactly as it has in books, and then the fill goes and the high wall of water rolls you over and over and then, whatever it is, you get it and we find you, now of no importance, stinking in the mangroves.

Who left you there? And what's the punishment for manslaughter now? 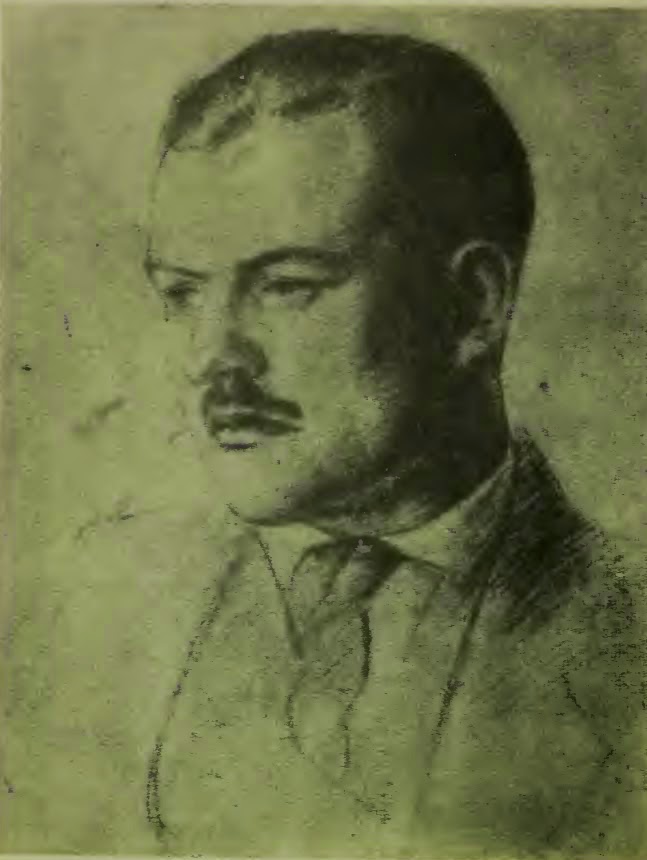 This has turned out to be Ernest Hemingway week for I also discovered, and promptly read, a book of poems by the writer.

The Suppressed Poems of Ernest Hemingway, published by The Library of Living Poetry, Paris, has two sections, ‘Miscellaneous Poems’ (poems from The Double Dealer and Querschnitt), and ‘Ten Poems’ (from Three Stories and Ten Poems). Each poem is dated, beginning June 1922 and ending May 1929.

Some of the poems read like limericks. I enjoyed reading many of them although there were some I didn’t understand. I got the impression that Hemingway might have written them on an impulse, perhaps for want of anything better to do, as poetry is often written. Here are the ones I liked. 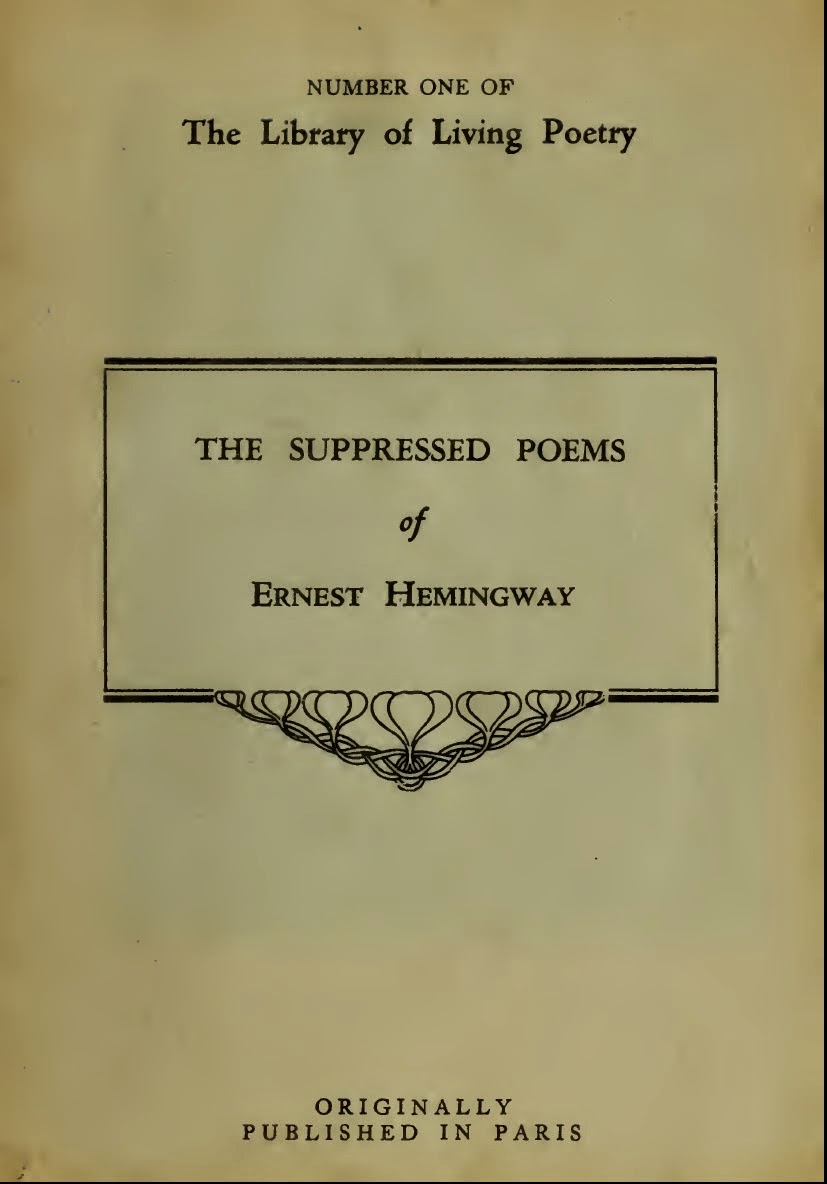 Ultimately
He tried to spit out the truth;
Dry-mouthed at first,
He drooled and slobbered in the end;
Truth dribbling his chin.

Oklahoma
All of the Indians are dead
(a good Indian is a dead Indian)
Or riding in motor cars —
(the oil lands, you know, they're all rich)
Smoke smarts my eyes,
Cottonwood twigs and buffalo dung
Smoke grey in the tepee —
(or is it my myopic trachoma)

The prairies are long,
The moon rises
Ponies
Drag at their pickets.
The grass has gone brown in the summer —
(or is it the hay crop failing)

Pull an arrow out:
If you break it
The wound closes.
Salt is good too
And wood ashes.
Pounding it throbs in the night —
(or is it the gonorrhea)