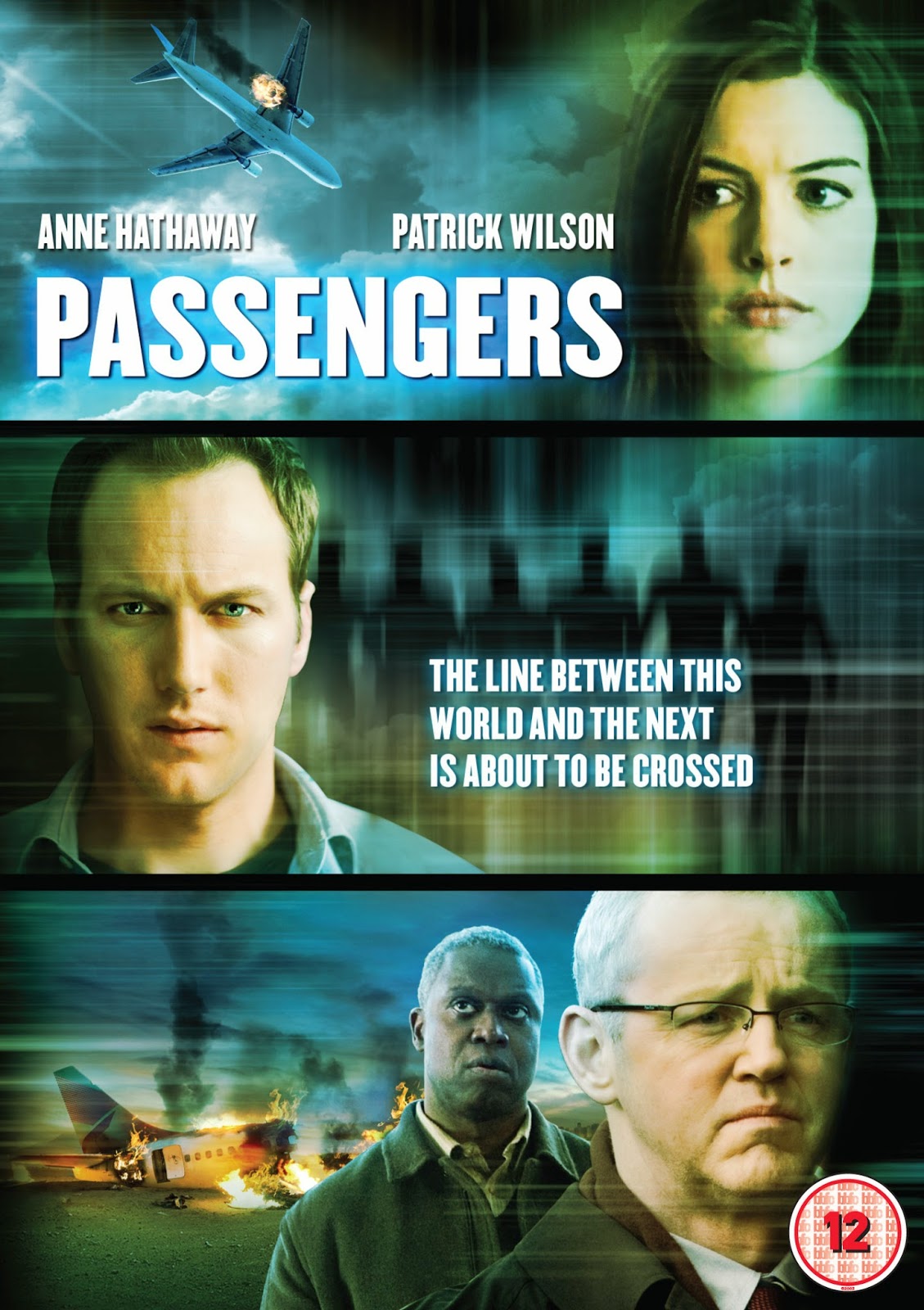 There is a plane crash. All but five people survive. Claire (Anne Hathaway), a therapist, is asked to counsel the survivors. Predictably, she falls in love with one of them, a young man named Eric (Patrick Wilson), even as the other four mysteriously vanish, and reappear. Are they really missing or are they missing her sessions? her mentor Perry (Andre Braugher) asks pointedly. Claire is unnerved by what's going on around her and that includes Eric's odd behaviour, like standing on a railway track and screaming at an oncoming high-speed train. She digs deeper and is balled over when she finds out the truth behind Eric's secretive nature and her own name among the list of passengers on the ill-fated plane.

Passengers, directed by Rodrigo García, is a schizophrenic film; one of those neither here nor there kind of movies. It doesn't help that the survivors including Claire have someone looking out for them. In her case it's her Aunt Toni (Dianne Wiest); in Eric's case it's a dog, a Siberian Husky; someone or something from their past. Half way through the film you think you're getting a whiff of what's going on, or do you really? I didn’t. Questions pop up: who are all these people? Is this in the present or in the past? Are they alive or are they dead? Is this heaven or is this hell? What the hell is going on here?

I have a poor understanding of films about distorted reality. I just don’t get them. People said Shutter Island and Inception were brilliant films made by brilliant directors. I’m sure they were. I saw both the films. Only I understood them better after I came home and read spoiler-rich reviews.

Passengers was the second choice on cable, a switchover from Payback (1999) just when Kris Kristofferson's henchman was smashing Mel Gibson's exposed feet with a hammer. This is what happens when you're spoilt for choice.
Written by Prashant C. Trikannad at 00:40:00