David Cranmer, who writes short stories, edits and publishes the in-demand webzine, Beat to a Pulp, and blogs at The Education of a Pulp Writer, recently wrote about the discovery of an 118-year old treasure in his possession—William Shakespeare’s Merchant of Venice published in 1895. It’s definitely the find of the year as far as rare books in the hands of individual readers are concerned. 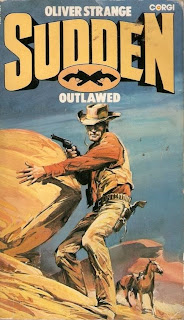 I don’t remember the last time I discovered a book of great literary value, buried in a trunk in my attic. Of course, I wouldn’t. I don’t have a trunk. My modest collection of books is stacked in cabinets and on shelves at home and in office. I usually give away the books as soon as I read them though I hold on to the ones I know are rare and hard to find, such as Sudden, the series of ten western novels by Oliver Strange, an Englishman who wrote about the wild west without once crossing the Atlantic, and a few original paperbacks under The Executioner series about Mack Bolan, the one-man army created and written by Don Pendleton before ghostwriters took over.

So which are some of the earliest published books in my collection? I made a random survey of the books I’d immediate access to and found nine in all and out of these the one with the highest vintage tag was The Hell Raisers, a Raw-Action western by Lee Floren (Tower Publications, 1947). The cover of the paperback says “They lived by their guns in a land where death was a way of life.” The original title was Saddle Pals. Lee Floren also wrote as Matt Harding. 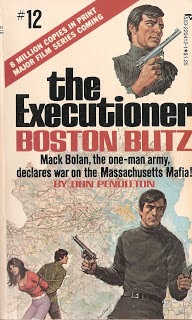 My hardback copy of The Tudor Edition of William Shakespeare: The Complete Works, Quatercentenary Edition, belonged to my paternal grandfather and was published in 1965 by The English Language Book Society, also known as The English Library. It has an introduction and glossary by Peter Alexander, a Shakespearean scholar and academic and then Professor Emeritus of English language and Literature, University of Glasgow.

Old Ramon (Pennant Student Edition, 1966), by Jack Schaefer, the author of the famous western novel Shane, is a moving tale of a boy, a man, and a mighty desert. The 110-page paperback has black and white illustrations by Harold West.

The first paperback edition of Through the Wheat by American journalist and novelist Thomas Boyd (1998-1935) is considered one of the finest American novels of World War I. My Award Books Military Library edition, published in 1964, gives the reader a picture of the horror and glory of the Great War. 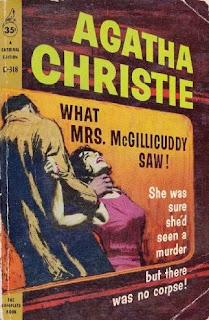 The oldest book in our Agatha Christie collection is What Mrs. McGillicuddy Saw!, a Cardinal edition published by Pocket Books, Inc. in 1958. The novel was serialised as Eye Witness to Murder. This tattered copy has a facsimile of Christie’s signature and a strip advertising Lloyd C. Douglas’ famous novel The Robe on the back cover.

While I have partly read The Rise and Fall of the Third Reich by William L. Shirer, the one book I read from start to finish in less than half a day was Shirer’s The Rise and Fall of Adolf Hitler (Scholastic Inc., 1961), the complete story of Hitler’s beginnings, his triumphs, and his downfall told in 188 pages. I have no idea why I’m still holding on to this book; perhaps, it’s for the cover. 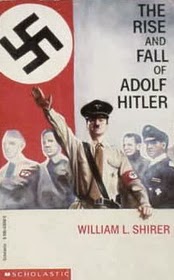 Two titles originally published in the sixties are Carter Brown’s The Brazen and Had I But Groaned. I liked the opening line of The Brazen—“I was just sitting there in the bar minding my own business, when this guy dropped dead at my feet—and the blurb of Had I But Groaned—“An old Hag, a gorgeous Witch, and one ripe Virgin—about to be sacrificed. What more do you need for a swinging Sabbat?”

I haven’t read all of these books yet, not even Shakespeare’s Complete Works entirely, but I’m going to try and see what other early books I can come up with. Who says you got to read all the books you own?

Do you have any original or early editions of books? 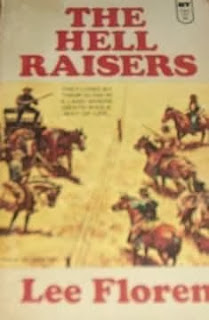 Note: The covers displayed above are the ones that adorn the books I mentioned.
Written by Prashant C. Trikannad at 08:53:00