Growing up with Harry Potter 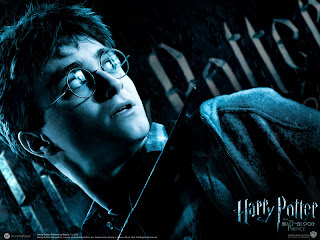 Last week I watched Harry Potter and the Half-Blood Prince on HBO thrice, each time in bits and parts, though, and yet I can’t claim to have seen the whole film. There are two reasons: I am still reading the book and, frankly, my obsession with Harry Potter, at least the movies, ended with The Order of the Phoenix—the fifth and decisive book in the series where Harry and his friends grow up too fast, too soon, and begin to lose their childlike innocence to emotional upheavals even as they dig up a new and terrifying adventure at Hogwarts.
Like all 10 and 70-year olds, I have fond memories of the little boy who lived, from the time Dumbledore leaves him on the Dursley’s doorstep till he finds out what lies behind the chamber of secrets, learns he has a guardian and single-handedly takes on the Dementors, unwittingly participates in a dangerous inter-wizardry school competition, and forms Dumbledore’s army to fight Voldemort and his Death Eaters in the Ministry of Magic—the crux of the stories in Harry Potter 1, 2, 3, 4 & 5. No more.

The special effects in Harry Potter and the Half-Blood Prince, as in all the Potter films, are mind-blowing, especially the scenes where the Death Eaters, in a fury of cloud and dust, whiz through Muggle territory and destroy a London bridge. I have not yet seen the first part of Deathly Hallows.

I will still read about the deaths of Dumbledore, Snape, Lupin, Tonks and Fred in the final two installments of the Potter fantasy, if only because reading a book gives you an imaginative space that no film on earth does. And yes, Rowling's boy wizard continues to tickle my imagination. Voldemort do you want?
Snape and Bellatrix take the honours
Here's a question all Harry Potter fans ask each other: Who are your favourite characters in the Potter series? Mine are Severus Snape (Alan Rickman) and Bellatrix Lestrange (Helena Bonham Carter). Snape, in spite of his cold and evil character, is comical, unintentionally so, and Bellatrix is arguably the most hideous character I have seen on screen in a long time. Both are fine actors and are eminently watchable. Do you agree?
Written by Prashant C. Trikannad at 12:02:00