Book-buying in the time of the pandemic

If I have missed one thing during the pandemic-induced lockdown and work from home, it's my frequent visits to secondhand bookshops, pavement booksellers and book exhibitions. Since working remotely, March 19 onward, I have bought just two books off Amazon India—a used but rare Corgi edition of Sudden and a new Fantastic Four: The Coming of Galactus comic-book digest, both featured here. The Sudden paperback with the eye-catching cover art was like winning a lottery. I was both surprised and delighted to find it on Amazon India for only Rs.295 ($4). My favourite western is not easily available at used book sales in Mumbai.

But I did buy books in the weeks and months leading up to the virus outbreak. Here are a few with their synopsis, actual covers and original year of publication. 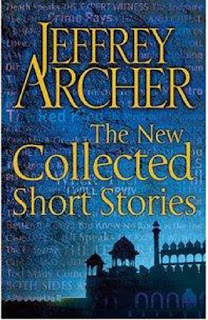 "This brand new edition brings together three of Jeffrey Archer's classic collections of short stories—To Cut a Long Story Short, Cat O' Nine Tales and And Thereby Hangs a Tale—showcasing the master storyteller's skill like never before. Every reader will have their own favourites: the choices run from love at first sight across the train tracks to the cleverest of confidence tricks, from the quirks of the legal profession, and those who are able to manipulate both sides of the Bar, to the creative financial talents of a member of Her Majesty's diplomatic service—but for a good cause. In `Caste-Off', Jamwal and Nisha fall in love while waiting for a traffic light to turn green in Delhi, and in `Don't Drink The Water', a company chairman tries to poison his wife while on a trip to St Petersburg, with unexpected consequences... The stories held in these pages are irresistible: ingeniously plotted, with richly drawn characters and deliciously unexpected conclusions. Some will make you laugh. Others will bring you to tears. And, as always, every one of them will keep you spellbound." 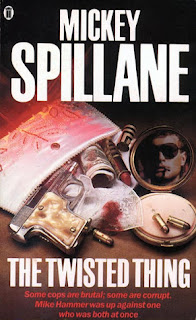 The Twisted Thing by Mickey Spillane, 1966

"This was some household.

"The kid was a genius, the father a scientist of international repute. Money was problem. Not shortage of money but the opposite: too much. The sort of money that brings the envious and the scheming clustering like flies round a pile of ripe offal: nieces, nephews, cousins - a family of mean minds and gross appetites.

"The hired help had its peculiarities too: the chauffeur, an ex-con; the governess, formerly a featured act in strip clubs from New York and Miami; a secretary with a well developed taste in other women.

"Quite a household. And not one to welcome the arrival of Mike Hammer—not when the kid had been kidnapped and everyone else was a suspect." 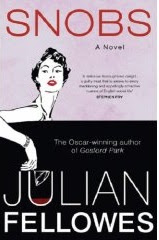 "The English, of all classes as it happens, are addicted to exclusivity. Leave three Englishmen in a room and they will invent a rule that prevents a fourth joining them."

"The best comedies of manners are often deceptively simple, seamlessly blending social critique with character and story. In his superbly observed first novel, Julian Fellowes, creator of the Masterpiece sensation Downton Abbey and winner of an Academy Award for his original screenplay of Gosford Park, brings us an insider's look at a contemporary England that is still not as classless as is popularly supposed.

"Edith Lavery, an English blonde with large eyes and nice manners, is the daughter of a moderately successful accountant and his social-climbing wife. While visiting his parents' stately home as a paying guest, Edith meets Charles, the Earl Broughton, and heir to the Marquess of Uckfield, who runs the family estates in East Sussex and Norfolk. To the gossip columns he is one of the most eligible young aristocrats around.

"When he proposes. Edith accepts. But is she really in love with Charles? Or with his title, his position, and all that goes with it?" 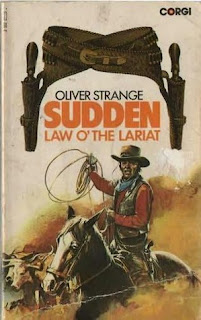 "The word had filtered out that Sudden was dead—and there was no one around to contradict it. Men who had cringed before, swaggered now; others boasted of their encounters with Sudden, the coward.

"Only one man stayed quiet: a tall, saturnine fellow wearing two guns tied low. When he heard the rumours, he gave a thin smile; and when someone asked him who he was, he said shortly: James Green. James Green — alias Sudden!"

Maigret and the Headless Corpse by Georges Simenon, 1968 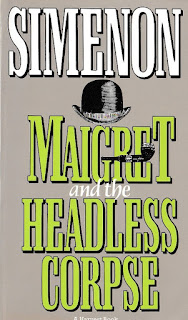 "Two brothers find a grisly package clinging to the propeller of their barge in the Canal de Saint Martins, and by the time Maigret arrives most of a mysterious corpse has been assembled, except for the head. The search shifts from finding the missing piece to finding a motive, as the Inspector's keen mind assembles clues from the dismembered torse which lead to a trio of suspects. A flash of intuition linking the principal suspect's sordid life to the whereabouts of her victim on his last day alive closes the case but opens Maigret's mind to the reason for the crime."

I have yet to read Julian Fellowes and Georges Simenon. 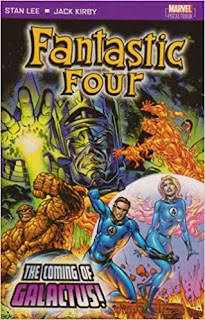