The Jungle Patrol and Inter-Intel

Lee Falk, the late creator of The Phantom and Mandrake the Magician, has been quoted as saying that his two heroes represent the triumph of democracy over dictatorship, the latter he loathed. Both Phantom and Mandrake fight evil in the garb of criminals and dictators who are brought to justice in their own distinct, yet effective, styles. While Phantom uses his fists, Mandrake uses his magic.

Both heroes often mete out justice through law enforcement organisations they are associated with.

In the Phantom's case, only the feared Pygmy Bandar tribe know that The Ghost Who Walks is also the secret head of the Jungle Patrol founded by the sixth Phantom. The latter, led by a colonel as second-in-command, don't know who their mysterious commander is. They usually report to a safe, kept in an empty room, in which the Phantom leaves credible instructions.

How the Phantom gets there is another story, but it would make any hydraulic engineer proud.

Mandrake, on the other hand, often solves cases for Inter-Intel, the global crime-fighting organisation loosely fashioned on Interpol. He comes to know, quite late into the comics, that the secret chief of Inter-Intel is none other than his ass-kicking chef—Hojo. Till then he deals with the bearded Jed, the police chief and Hojo's deputy.

How Mandrake chases Hojo and finally catches up with him at Inter-Intel HQ, to discover his true identity, is another story for another day.

The Jungle Patrol operates from the outskirts of a jungle, in Bangalla, and appears as if it could do with more hands while Inter-Intel is a sophisticated organisation that could give the FBI a run for its dollars.

Characters like the Jungle Patrol (collectively that is) and Hojo make Phantom and Mandrake comics more colourful and interesting to read and savour. 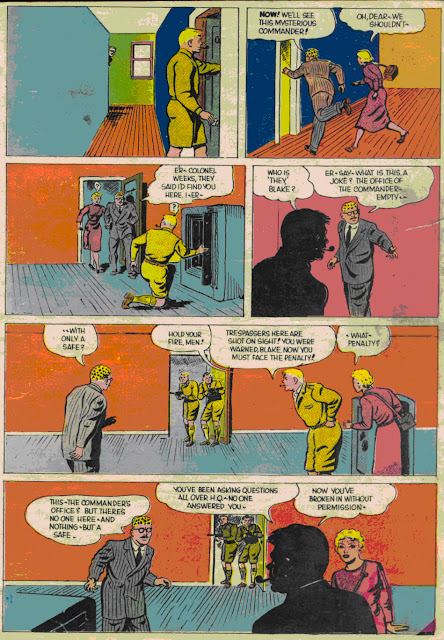