It's quite difficult for me to imagine my life without chess.
— Garry Kasparov, Russia, youngest World Chess Champion in 1985, at 22

Nowadays, when you're not a grandmaster at 14, you can forget about it.
— Viswanathan Anand, India, current world chess champion

When you see a good move, look for a better one.﻿﻿

As one by one I mowed them down, my superiority soon became apparent.
— José Raúl Capablanca, Cuba, world chess champion from 1921 to 1927

Chess is ruthless: you've got to be prepared to kill people.
— Nigel Short, England, became a Grandmaster at 19

I failed to make the chess team because of my height.
— Woody Allen, director, comedian and writer

You sit at the board and suddenly your heart leaps. Your hand trembles to pick up the piece and move it. But what chess teaches you is that you must sit there calmly and think about whether it's really a good idea and whether there are other, better ideas.
— Stanley Kubrick, director, writer and producer

My problem with chess was that all my pieces wanted to end the game as soon as possible.
— Dave Barry, columnist and humourist

Chess is a foolish expedient for making idle people believe they are doing something very clever, when they are only wasting their time.
— George Bernard Shaw, Irish playwright and Nobel prize winner 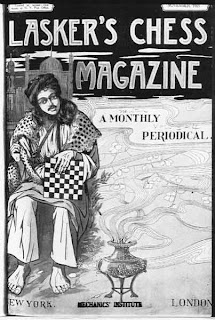 Whoever called snooker 'chess with balls' was rude, but right.
— Clive James, novelist, poet and essayist
Personally, I rather look forward to a computer program winning the world chess championship. Humanity needs a lesson in humility.
— Richard Dawkins, ethologist and evolutionary biologist, and author of The Selfish Gene and The God Delusion
Chess is the most elaborate waste of human intelligence outside of an advertising agency.