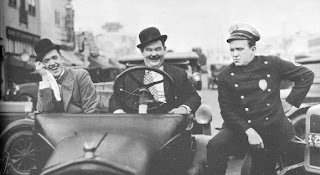 Light up your life with laughter
You’ll notice a fair amount of humour in this blog site, most of it borrowed, all duly attributed, my own very little, if any. It will pop up when you least expect it, between serious posts, in the sidebars, on film posters, and covers of books and comics. It will make you smile, even laugh out loud, and hopefully light up your day.
It doesn’t matter if you don’t have a sense of humour (trust me we all do), you can still be spirited enough to enjoy a good laugh, and infect others with it. It is arguably the most soothing therapy for a troubled mind, body and soul. Medical practitioners swear by it. Like Mahatma Gandhi said, “If I had no sense of humour, I would long ago have committed suicide.” And look what he achieved.
Likewise, if I had no sense of humour, I wouldn’t be writing this. If you had no sense of humour, you would still be reading it!
In the last century our great-grandparents, grandparents and parents lived through tumultuous times, through World War I, deadly disease, the Great Depression, colonialism, the Holocaust, World War II, famine…dark periods in their lives when a sense of humour must have been their one saving grace.
In this century we are living in equally troubled times, in the throes of a near World War III—terrorism, ethnic conflicts, water wars, disease, recession, depression, climate change, corrupt rulers, apathy, poverty...dark periods in our lives when a sense of humour is still our one saving grace.
I consider steady humour and steadfast faith to be the two solid rocks of life. You need the first to poke fun at yourself and the world; you need the second to stop God from poking fun at you. 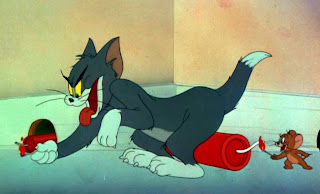 If you’re an Indian and living in India, you need more than plain humour, you also need stupid tolerance, to see you through just about everything. Still, we are better off than poor folks in war-torn Sudan and Congo where life has become a joke. Nobody’s laughing.
Asking people to smile or laugh in the midst of severe adversity is being downright rude and insensitive not to mention offensive. Under most circumstances, though, we can make a habit out of practicing humour and rendering life, both yours and mine, a lot more worthwhile.

I am not going to give you tips you don’t already know—the laws of humour and laughter are really quite simple. Each of us have our own "laughter is the best medicine" credo.


At home, my wife and kids and I watch American and British sitcoms during “happy hours” on most weekdays. Laugh-a-minute sitcoms like My Wife and Kids, Mind Your Language, Caroline in the City, Everybody Loves Raymond, Becker, Just Shoot Me, Two and a Half Men, and even Friends are fun to watch. Singly or collectively, they help you to unwind. 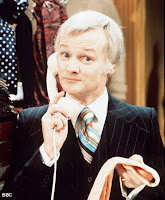 A few days ago, we picked up a DVD of the hilarious old British sitcom Are You Being Served? [see picture on right] broadcast on Doordarshan, the government-run television network, in the 1980s. My 12-year old son who had never heard of the Britcom enjoyed it as well. BBC Entertainment has brought back Fawlty Towers starring a young John Cleese. Hopefully, To the Manor Born, Some Mothers Do 'Ave 'Em and Yes Minister are on their way back too.
In the half-hour of sitcom-induced bliss, we laugh a lot and have a good time.

Likewise, watching comedy films, notably Buster Keaton, Marx Brothers, Laurel and Hardy, Charlie Chaplin, The Three Stooges and Tom & Jerry, is a splendid way to ease tension and eject “dirt” out of our toxic-filled systems. It’s always handy to have a stack of these funnies at home so you can reach out for them anytime you like and bust all the stress you want.

Here's a little piece of advice: always pick comedy over horror. There's plenty of the latter going around in the world.

Caption for Laurel & Hardy photo: Edgar Kennedy (right) is not amused at Laurel and Hardy's antics in the 1928 Hal Roach classic Leave 'Em Laughing.
Written by Prashant C. Trikannad at 02:16:00