The Secret Sense by Isaac Asimov, 1941

The Martians couldn't taste and their hearing was bad, but they had a secret sense all of their own.

Fields, who hails from New York, is living with Jan in an underground city on the Red Planet. The two unlikely friends are close enough to debate over sensitive issues without ill-feeling. So when Fields boasts about the superiority of the five senses possessed by earthlings, as opposed to the apparent lack of any by Martians, Jan is visibly amused.

Unfortunately for the Martian, he lets slip about a secret sense that his highly developed and cultured race possesses and which is far superior than the single or collective sense of sound, touch, sight, taste, and smell experienced by earthmen.

Fields doesn’t believe it but he is so overcome by curiosity that he misuses a Martian law to force his friend into revealing the secret sense to him. Garth Jan does so most reluctantly but warns Fields that he’ll be able to experience it only for five minutes after which the secret sense will be lost to him forever. 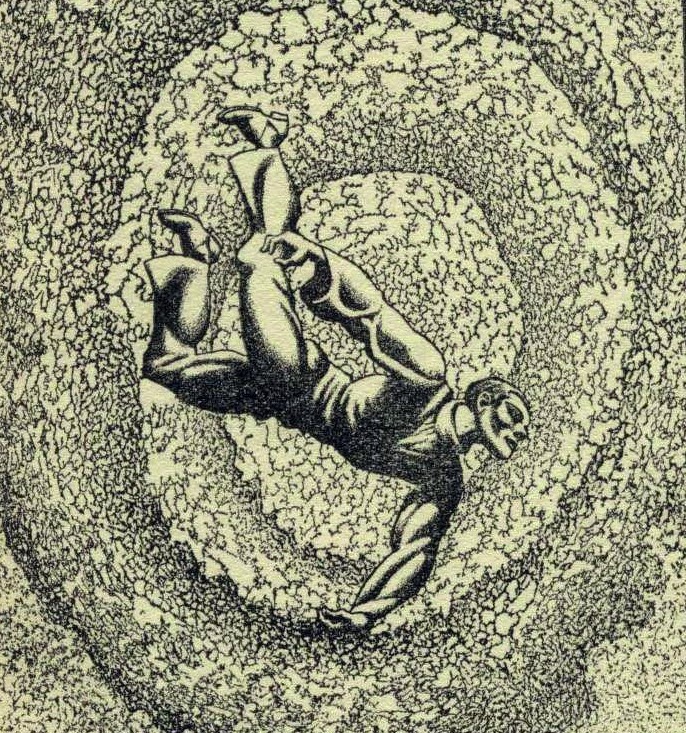 Done Vol, a Martian physician injects Fields with a hormone that activates the secret sense and when it does, after a ten-minute interval, the snickering and unsuspecting New Yorker is exposed to the most amazing and profound experience that neither he nor any earthman has ever experienced. When the five minutes are up, he wakes up dazed and bewildered, pleading with Garth Jan not to take it away from him and to let it go on forever.

Excerpt — Garth Jan was smiling—a smile of dreadful malice, "I had pitied you just a moment ago, Lincoln, but now I'm glad—glad! You forced this out of me—you made me do this. I hope you're satisfied, because I certainly am. For the rest of your life," his voice sank to a sibilant whisper, "you'll remember these five minutes and know what it is you're missing—what it is you can never have again. You are blind, Lincoln, blind!"

If you’re an sf reader, you will enjoy this story. You can read it at Archive.
Written by Prashant C. Trikannad at 03:21:00