These memorable Christmassy films have been overlooked by me and thus make it to Overlooked Films, Audio & Video at Todd Mason's blog Sweet Freedom this Tuesday.

It’s a coincidence that the five Christmas or Christmas-related films I chose this wonderful season were all made in the forties, a decade of intense strife and insensate destruction. Perhaps, that’s why the makers of these films, variously described as “charming” and “delightful,” decided to make them—to spread a little joy and happiness around.

The Shop Around the Corner (1940)
This sounds like the original version of You've Got Mail (1998). Two sales people, Alfred Kralik (James Stewart) and Klara Novak (Margaret Sullavan), work together in a store in Budapest, Hungary, but can’t stand each other. Little do they realise that they're falling in love by writing to one another, as anonymous pen pals.

Christmas in Connecticut (1945)
Elizabeth Lane (Barbara Stanwyck) is a famous food writer who lies about her life in her food columns. One day, she is forced to play host to a war hero at a traditional family Christmas. Will her lies—marriage, kids, and working on a farm—be exposed and will it ruin her career?

It's a wonderful life (1946)
A guardian angel named Clarence (Henry Travers) comes to the aid of a compassionate but frustrated and suicidal businessman, George Bailey (James Stewart), by showing what life would have been like, for his town, his family, and his friends, if he were never born. George doesn't know that he is already living out his dream. 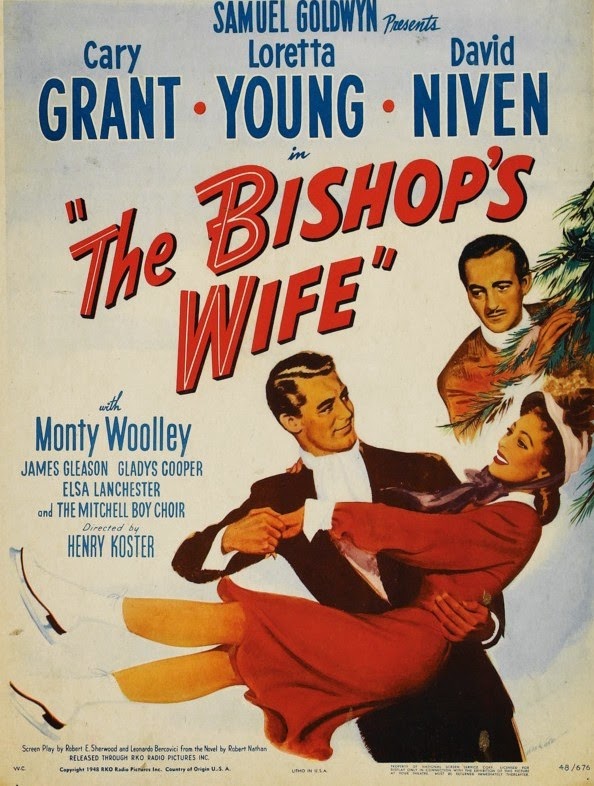 The Bishop's Wife (1947)
Cary Grant plays Dudley, a guardian angel, who wants to help Bishop Henry Brougham (David Niven) realise his dream of building a new cathedral, but the priest, unlike everyone else who likes the angel, is suspicious of Dudley's motives—is Dudley out to replace him both inside his church and in his wife Julia's (Loretta Young) life?

Miracle on 34th Street (1947)
Do you believe in Santa? Whether you do or not, this is the film to watch. Edmund Gwenn plays old man Kris Kringle who not only behaves like Santa Claus but actually claims to be one, which gets him into trouble. I saw the 1994 version where Richard Attenborough reprises Kringle’s role. As an aside, I didn’t know Kris Kringle and Father Christmas were the American and British names of Santa Claus.

The last Christmas movie I saw, all over again, was The Polar Express (2004), an animated film in which a young boy doubts the existence of Santa Claus, rides in a magical train all the way to the North Pole and to Santa’s home, and discovers more than the legendary friend of children. Don’t miss the film and don't miss Tom Hanks in it.