Songs I grew up listening to in the seventies

I don’t understand music. I merely derive pleasure from listening to it. I listen to any form of music as long as it sounds like music to me. When I listen to songs, for instance, I don’t know if they are title tracks or sound tracks, who wrote or composed them, which albums they come from and when they were released, or how many people have sung the same song. I don’t bother with all that. It’s like this: if I can simply read a book written by an author, I can quietly listen to a song sung by a singer.

Yet, music touches me like it does most people. It lifts my mood and makes me feel good about myself and about others, and sometimes it allows me to take to the stage and lose myself. In that sense music is a non-intrusive and non-invasive remedy for a cheerful disposition. If meditation is a splendid tonic for the soul, music is a mighty stimulant for the senses. Both have curative powers. 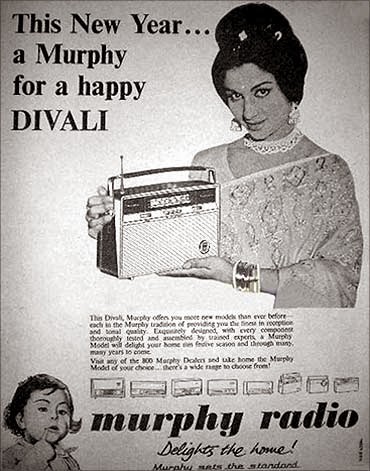 My first brush with music came in the mid-seventies, when we used to listen to English pop songs on Binaca Hit Parade on Radio Ceylon and Saturday Date on All India Radio. Both shows were immensely popular in India.

I believe, in the fifties and sixties, Binaca Hit Parade was presented by the “happy-go-lucky” Greg Roskowski, one of the few “overseas announcers” on the station that was blaring in every household in South Asia. I don’t remember Roskowski.

Later, my father bought us a white-coloured Polish tape recorder for the princely sum of Rs.600 ($10 by today’s rate). The recorder looked a lot like its more famous Japanese cousin National Panasonic. It came with a small microphone. There was much excitement at home. We huddled around the recorder and taped nearly every song on Binaca Hit Parade and Saturday Date, and played them over and over again through the week. 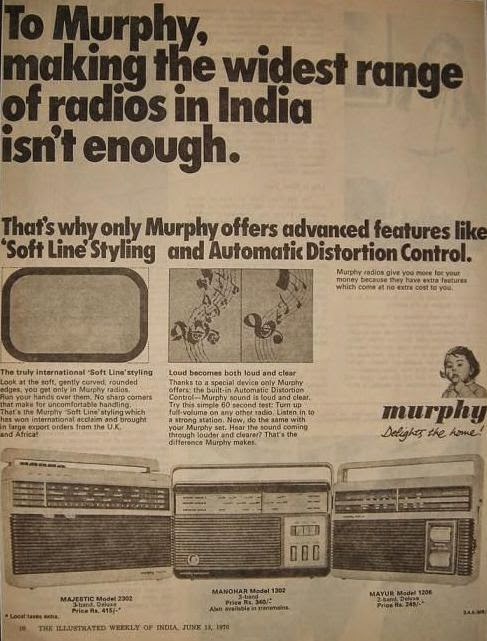 Recording was a tricky business owing to the absence of a cable link between the radio and the tape recorder. All external sounds got recorded as well. At times a song sounded like so much noise, because my father sneezed loudly, a car honked outside or my mother dropped a steel utensil in the kitchen, that we had to overwrite the song. Shushing had little effect.

Fortunately, like today’s cable television, the songs were repeated on radio back then. If we missed George Baker’s Una Paloma Blanca one Saturday night, we were sure to hear it the following weekend.

Those were simple and hassle-free days. We were contented with the little things we had, like Murphy Radio and the pop songs it belted out.

So then, which were some of the popular songs I grew up listening to in the seventies, right through most of school? Let me see…

Almost everything by Abba and Boney M. In my opinion, Abba has some of the best music and lyrics in the pop business. Boney M was preachy although I like their NASA-inspired Night Flight to Venus.

Carpenters: Top of the World, 1972, and Please Mr. Postman, 1975 (remake of The Marvelettes classic)

Elvis Presley: You Were Always on My Mind, 1972

Louis Armstrong: What a Wonderful World, 1967

Simon and Garfunkel: Sound of Silence, 1966

The Four Aces: Love is a Many-Splendored Thing, 1955

While these are by no means the only picnic songs I listened to as a kid, they are the ones that have stayed with me for more than three decades. I still listen to most of them, particularly Abba, whose popularity soared after the Swedish quartet came together for the film production of Mamma Mia! a few years ago. Every one of these songs hold up.

I'll round up by recommending two whacky numbers, the very funny Kung Fu Fighting by Carl Douglas and the tongue-twisting The Lone Ranger by Quantum Jump, as well as Popcorn, an unusual instrumental by Gershon Kingsley.
Written by Prashant C. Trikannad at 10:41:00

Email ThisBlogThis!Share to TwitterShare to FacebookShare to Pinterest
Labels Music and Lyrics