This week the British sitcom Mind Your Language is my contribution to Tuesday’s Overlooked/Forgotten films and television over at Todd Mason’s blog Sweet Freedom. Don't forget to check out the other interesting reviews over there.

The family often sits down to watch Mind Your Language, the popular and entertaining British sitcom of the late seventies. My generation first got to see it on the state-run Doordarshan channel in the early eighties. It was a hit in India and in most parts of Asia. In those days and long before cable TV, Doordarshan (which loosely means ‘Far Sight’ in Hindi) used to telecast only British serials like To the Manor Born, Some Mothers Do 'ave 'em, Sorry!, Are You Being Served? and 'Allo 'Allo! Some of these sitcoms are now back and they are as funny as they were back then. Yes Minister came later.

The only American serial that ran around the time was Lucy. She was fun too, up to a point, and as long as Mr. Mooney was around. 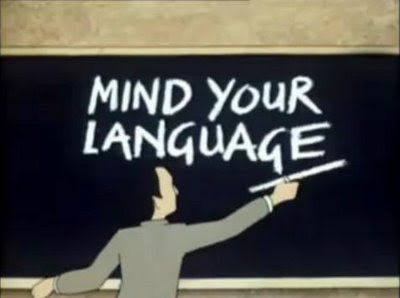 Mind Your Language, made by LWT (London Weekend Television) and directed by British director-producer Stuart Allen, is about an affable and gentlemanly English teacher Jeremy Brown (Barry Evans) who teaches English as a foreign language to a heterogeneous bunch of students from across the world.


The students are all grown-ups—with families, love lives, careers, unemployment, and immigration issues—who attend Mr. Brown's class with unfailing regularity even if it leaves the "professori" at his wits end. It doesn't help much that the students, especially Danielle (Françoise Pascal) from France, are fond of their teacher and go out of their way to put him at ease even if the outcome is the opposite of what they'd intended. They mean well and Mr. Brown knows it.

The students speak in halting English and without a care for the language in terms of diction, pronunciation, accent, phonetics, spellings, figures of speech. Still, they communicate all the same, with each other and with Mr. Brown who has a befuddled expression on his face most of the time.


When the students answer Mr. Brown’s questions, the result is often hilarious. For instance, when he tells the Greek student, Maximillian (Kevork Malikyan), that the collective name for a group of cows is a herd of cows, the Greek student replies, “Of course, I heard of cows!”

His best friend Giovanni (George Camiller) plays class monitor in Mr. Brown’s absence. In one scene, when Mr. Brown returns, the lanky Italian tells his teacher in mock seriousness, “Professori, I don’t know how you put up with these people everyday!”

Mind Your Language is full of such humour, as the foreign students speak in their own distinct voices, reflective of the country they come from. This leaves Mr. Brown and Ms. Dolores Courtney (Zara Nutley), the very propah and formidable school principal, exasperated and at a loss for words.

While the sitcom is a family entertainer, it has been considered offensive for political incorrectness, pitting one nationality against another.


For example, the sari-clad Jamila Ranjha (Jamila Massey) is a housewife from India while Ranjeet Singh, a Sikh portrayed by Albert Moses, is from Punjab, which, in spite of being a part of India, is shown as a separate country.

The serial also shows frequent rivalry between some of the students—Ranjeet Singh of Punjab against Ali Nadeem (Dino Shafeek) of Pakistan (reflecting the bitter relations between the two countries); a Chairman Mao-obsessed Chung Su-Lee (Pik-Sen Lim) of China against Taro Nagazumi (Robert Lee) of Japan (a throwback to WWII rivalry); and Maximillian of Greece against Giovanni of Italy (probably alluding to the Greco-Italian conflict during WWII).

On the racial bias in the series, Ranjeet Singh is often portrayed as being subservient—every time he makes a mistake he joins his hands, bows, and says, “A thousand apologies” to Mr. Brown or Ms. Courtney.

For some reason, Ali Nadeem, the most comic of the lot, mouths English catchphrases like “Oh blimey!”, “Jolly good,” and “Yes, please.” He’s at his innocent best when he smiles, "Squeeze me, please!" instead of “Excuse me, please!”

None of these so-called issues bothered me. I had a good laugh throughout the series. 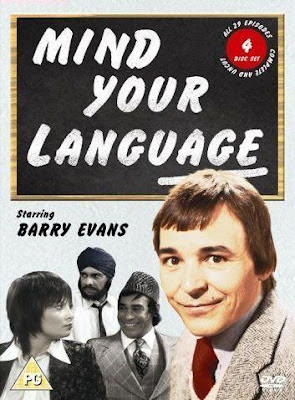