I haven't done a post on music for a while now, so here's one on a very popular song of the eighties, for Overlooked Films, Audio & Video at Todd Mason's blog Sweet Freedom. 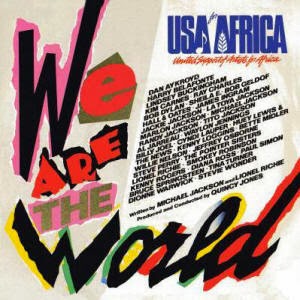 The mid-eighties (1984, 1985 & 1986) was a productive year for music makers and music lovers. The period saw hundreds of hits by singers who became household names overnight. Michael Jackson topped the impressive list. Kenny Loggins’ foot tapping number, Footloose, was a rage. The namesake album contained some fine songs like Let’s Hear It for the Boy by Deniece Williams, Almost Paradise by Mike Reno and Ann Wilson, and Holding Out for a Hero by Bonnie Tyler.

Back then I was in college and my friends and I used to listen to the songs on our radios, cassette players and walkmans, and sometimes watch the videos on state-run television. A local publisher capitalised on the music craze by bringing out booklets of the songs with lyrics and pictures. We collected them for a while.

Several of these popular songs won Grammy Awards during this golden period. The songs, belonging to various categories, included Thriller, Beat It and Billie Jean by Michael Jackson, Every Breath You Take by The Police, Flashdance...What A feeling by Irene Cara, Chaka Khan by Chaka Khan, A Little Good News by Anne Murray, Love Is A Battlefield by Paul Benatar, What's Love Got to Do with It by Tina Turner, Against All Odds (Take a Look at Me now) by Phil Collins, Ghostbusters by Ray Parker, Jr., Caribbean Queen by Billy Ocean, Dancing in the Dark by Bruce Springsteen, Saving All My Love for You by Whitney Houston, Nightshift by Commodores, Freeway of Love by Aretha Franklin, and Money for Nothing by Dire Straits, among others. 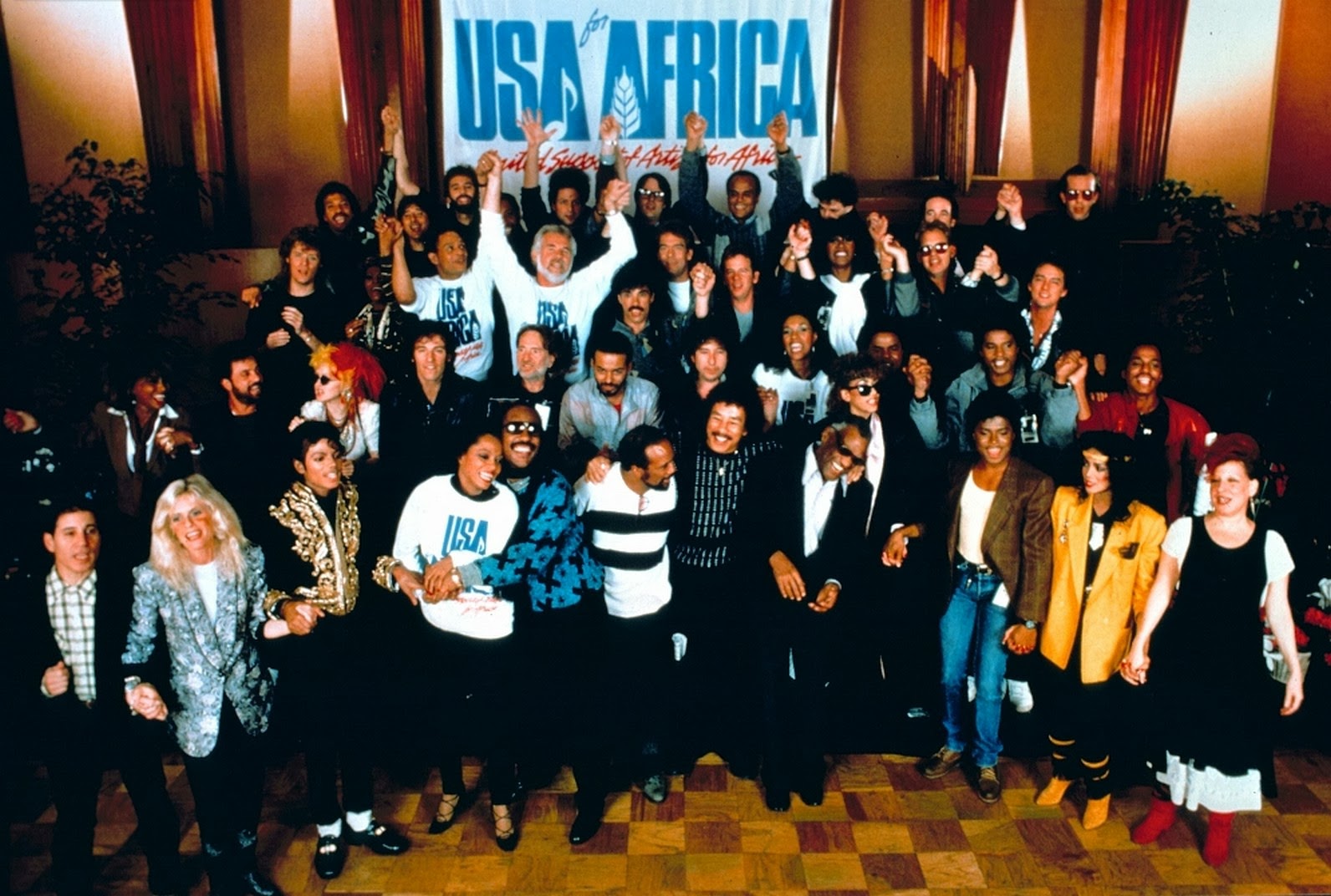 There was one other song, a special song for charity, which won four Grammys in 1986 and became a big hit everywhere—We Are the World. It was performed by nearly two dozen contemporary solo artists, a veritable who’s who of the music world, and supported by a fine chorus comprising the likes of Dan Ackroyd, Harry Belafonte, John Oates, Bette Midler, Jeffrey Osborne, Bob Geldof, and Smokey Robinson. The song was written by Michael Jackson and Lionel Richie, produced and conducted by Quincy Jones and Michael Omartian, and recorded by USA for Africa in 1985. Geldof and Belafonte were the spirit behind the charity single in aid of famine relief in Africa. The idea for 'USA for Africa' came from the 'Do They Know It's Christmas?' project by Band Aid in the UK. You can read the colourful history behind the event right here.

Today, 'We Are the World' is one of the most popular music videos on the internet. It’s a song that appeals to both old and new listeners. It has a great lineup of singers and musicians, each of whom lends his or her distinct voice to a worthy cause. The meaningful lyrics are put to rich and varying music. Over the years I have seen the video many times and have come to recognise most of the singers in the order they sing—Lionel Richie, Stevie Wonder, Paul Simon, Kenny Rogers, James Ingram, Tina Turner, Billy Joel, Michael Jackson, Diana Ross, Dionne Warwick, Willie Nelson, Al Jarreau, Bruce Springsteen, Kenny Loggins, Steve Perry, Daryl Hall, Huey Lewis, Cyndi Lauper, Kim Carnes, Bob Dylan, and Ray Charles.

You may click here and watch the video of the song that has been labelled as sentimental stuff by many. To me, it’s just a wonderful song.
Written by Prashant C. Trikannad at 03:53:00