Books I read in the second quarter

Actually, that should read Books I didn’t read in the second quarter. Unlike in the first quarter, April to June, when I read 17 fictional and non-fictional books, I read only six in the past three months, averaging a poor two books a month. I didn’t read much because I didn’t feel like reading. You don’t have to scroll far down the blog to find out the ones I did. 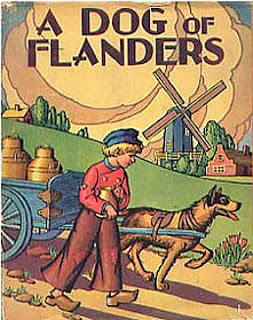 The only book I read but didn’t review was A Dog of Flanders (1872) by English author Marie Louise de la Ramée. The short fiction, published under her pseudonym Ouida, is the beautiful and touching story of a poor boy and his bighearted dog. There is history behind this story which has been adapted to film thrice. I think there is an animated version too.

Of the remaining five books, I enjoyed reading The Girl from Sunset Ranch by Amy Bell Marlowe (1914), Vultures in the Sun by Brian Garfield (1987), and All the Lonely People by Martin Edwards (1991).

As always, I read comic books including Action Comics #1 (June 1938) where Jerry Siegel and Joe Shuster introduce Superman to the world. The rather immature storyboard didn’t hold up but that is to be expected in this digital world of comics. I read the comic book online though I wouldn’t mind owning the rare comic worth millions of dollars.

So if I didn’t read books in my spare time, what did I do? I have been watching Friends all over again with the family. We are now in Season 6 where Monica proposes to Chandler. I think it is one of the best sitcoms to come out of the nineties. It has plenty of good humour. I also like its central premise about six friends who stick up for each other. It gives you a nice feeling.

I’m hoping to read more books in the third quarter, from now until new year’s eve. Let’s see how that comes out.
Written by Prashant C. Trikannad at 03:55:00