Evan Lewis has the links to this Friday’s Forgotten Books at his blog Davy Crockett's Almanack of Mystery, Adventure and the Wild West where you’ll find many interesting entries.

A childhood without comics is like a newspaper without the comics page.

Last Friday, I took a trip down memory lane and relived the many hours I spent reading the Hardy Boys with my childhood friends. Not surprisingly, I took a few blog friends with me on this nostalgic whirligig. We shared the joys of reading the adventures of amateur detectives Frank and Joe, and Nancy Drew.

A week later, I am still in memory lane, pottering around in the library of my youth, shaking the dust from some more books, and comics, I read as a kid. Of these I have fond memories of three kinds of comic-books I read back then—war, romance, and young adult.

These comics had four common features: their pocket size, impressive cover art, black-and-white illustrations, and speech bubbles. Otherwise, the themes and stories were as different as Daredevil and Donald Duck. 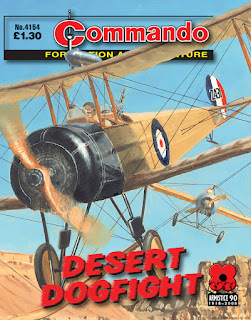 Commando: For Action and Adventure (originally known as Commando War Stories in Pictures), published by D.C. Thomson and Company of Dundee, Scotland, since 1961, remains my favourite war comic-book, though there have been several offshoots the size of your palm.

The Commando comics, numbering more than 4,000 including reprints in celebration of 50 years in 2011, are usually set during WWII and feature stories of bravery, friendship, patriotism, nobility, defection, and cowardice. Most of the time the enemies are the Nazis and the Japanese, who are depicted as very evil, but it is not uncommon to see an Allied soldier and a German soldier becoming friends and risking their lives to save each other. In a typical scene one enemy soldier will carry the other on his shoulder and run to safety. In one particular comic, two enemy soldiers discover, in the thick of battle, that their fathers knew each other, as friends or foes I don’t recollect. 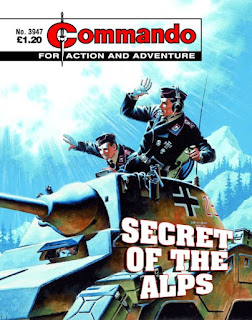 My favourite Commando comics are the ones where the battle plays out in a different war theatre, such as North Africa, the desert sands of , or the battlegrounds of Indo-China. Likewise, I have a preference for non-combat troops like the French and Italian partisans who fought alongside the Allies.

There is no dearth of ideas for the storyboard and nearly every one of the 68-page comic-book seems real. The stories are fictional, of course, but they leave you wondering if the events really took place. The comics are known as much for their cover art in colour and black-and-white sketches inside as they are for the stories and their often exaggerated plotlines. 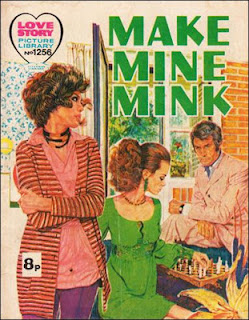 Their popularity is evident in the continuation of the series over more than 50 years, new reprints in a size falling between a pocketbook and a regular comic-book, and omnibus editions. These modern-day Commando comics sell for Rs.60 (a little over $1) in . However, a few years ago, I was fortunate enough to buy a big lot for as little as Rs.5 (almost free in dollar terms), all original. D.C. Thomson, which used to publish the popular Beano and Dandy comics, also brought out a series of pocket-sized comics for young girls under the age of 16. These were known as Bunty, Judy, Mandy, and Debbie. In later years, some of these comics, Judy in particular, were merged with Emma and Mandy and it’s all very confusing. If I remember correctly, the comics were only titled as Bunty, Judy, Mandy, and Debbie and there were no real characters by those names.

The comics told stories about the everyday lives of teenage girls, their trials, their triumphs, and their glories, with a moral in the end. The all-girls comics were around until the 1990s and I think they have long ceased publication. 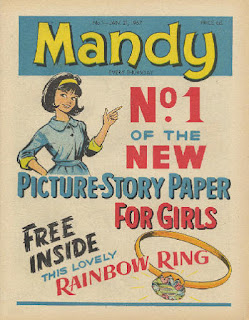 Do you remember reading any of these comics? What are your memories of early comic-books?
Written by Prashant C. Trikannad at 04:40:00